Los Angeles – On Sunday night, after the 84th Annual Academy Awards, Maxim Magazine and Ford Mustang threw an Academy Awards after-party at a private residence in the Hollywood Hills. Guests stayed tipsy off of Stoli cocktails, rocked out to a performance by Ludacris, customized their very own Ford Mustangs, and partied til the early morning.

The always gorgeous Karina Smirnoff arrived at Maxim Magazine and Ford Mustang’s Academy Awards after party just minutes before her ex fiancé Maksim Chmerkovskiy. Karina sipped on Stoli cocktails all night and danced in a corner with friends during Ludacris’s performance.

Scott Disick arrived solo and was overheard gushing about how excited he was to welcome a baby girl to the family. Scott had a ball customizing his very own Ford mustang exactly to his liking. He gladly posed in front of the Mustangs and asked if he could take one home.

Jaime Pressly showed up to the after party proving she can still rock a LBD like the best of them! 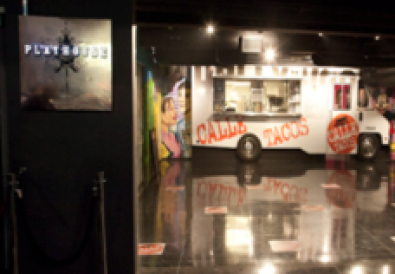