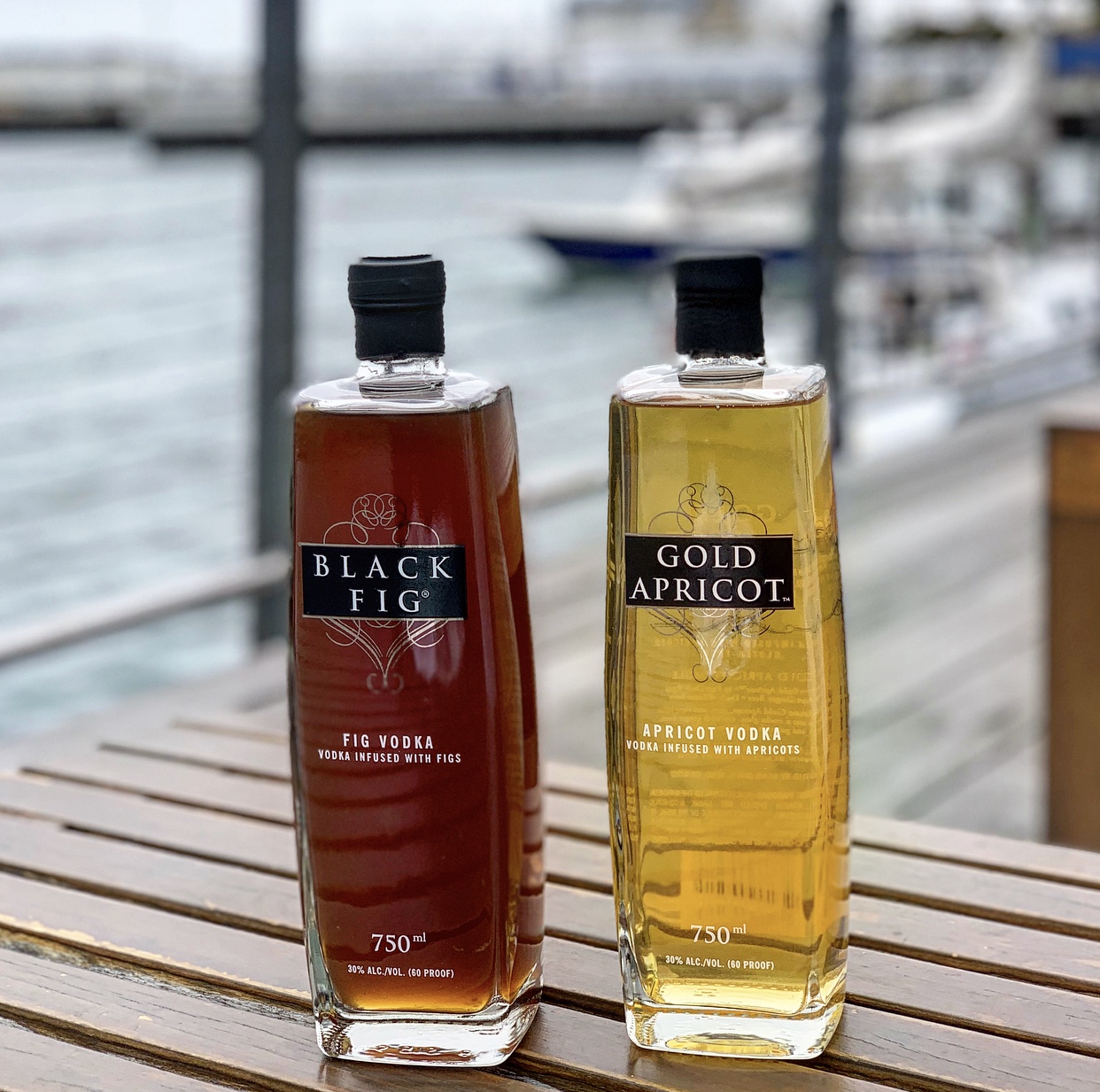 Fresh off of our Black Infusions TIPSY Tour in New York, we clearly needed more fig and apricots in our lives. Another big market for Black Infusions Black Fig & Gold Apricot Vodka is Boston, Massachusetts. It is also the hometown of Black Infusions founder, Michael Davidson. He knows the ins and outs of the city and also the best spots for a cocktail. With that being said, Michael joined us on our tour to tipsy this time around. Black Fig and Gold Apricot Vodka are on the menu in the city’s top bars and restaurants because Michael knows whats up.

We kicked off our TIPSY Tour right in the seaport at 75 on Liberty Wharf. This quaint, rustic bar serves American fare and seafood. With floor to ceiling windows, the views of the harbor are top notch.

At 75, we started with a ‘Figg Manhattan‘ made with the Black Fig, Bulleit Rye, and Sweet Vermouth. The perfect way to start our road to tipsyness in Boston; on the harbor with a manhattan, a figgy one 🙂

Located in the Seaport Hotel in Boston’s Seaport District, TAMO Bistro & Bar is an upscale yet relaxed restaurant, serving New England-inspired cuisine on Boston Harbor. Known for their innovative spin on local cuisine, they are also known for and pride themselves on their creative cocktail culture, with an ever-changing menu of seasonal cocktails and local micro-brews. No wonder Black Infusions is on the menu; fresh, all natural ingredients are important at a spot known for their drinks.

At Tamo, we had the ‘Fig Negroni‘ made with the Black Fig, M&R Rubino Vermouth, and Campari. Other than the Fig Martini that we had at abcV in Manhattan, this Fig Negroni is at a close second. There’s a lot to be said about these minimal-ingredient cocktails, especially with a spirit that’s all-natural. You can really taste the freshness and that figgy-flavor.

We then switched it up a bit and headed to Jasper White’s Summer Shack Restaurant; a fun, casual restaurant, specializing in fresh New England-style seafood – oysters on the half shell, local and seasonal grilled fish, clambake, and steamed and specialty lobsters. On this perfect fall day, this was a nice slice of summer for a bit. The Gold Apricot Vodka is twice on the menu, two times the tipsyness. We had the ‘Apricot Spritz‘ made with the Gold Apricot, Fresh Lemon Juice, Prosecco, & a Splash of Soda and the ‘Peach Fusion‘ made with the Gold Apricot, Schnapps, House Sour Mix, & a Splash of Soda.

Both the Apricot Spritz and the Peach Fusion pair nicely with seafood, and during the summertime, I’m sure even better. Both were light, airy, and full of peachy flavor.

We then switched it up again, going from seafood to Asian. Our next stop was Red Lantern Boston; Asian Restaurant & Lounge. This sophisticated and sensual Asian restaurant is unlike anything Boston has seen before. With creativity in the kitchen and their mixologist’s imaginative selection of of signature cocktails, you’ll definitely have a memorable experience.

Okay, it’s time to drink. What’s an Asian restaurant without a Mai Tai? Not one! One of their most popular mai tai’s is the ‘Apricot Mai Tai‘ made with the Gold Apricot, Pineapple, Orgeat, and Grand Marnier. It was a tastier mai-tai than usual, with the infusion of the apricot flavor. I loved it. The perfect way to spice up a mai tai.

Located in Boston’s stylish South End, Mistral showcases uncomplicated French cuisine, highlighted with the season’s finest ingredients. Reminiscent of Provence in the South of France, if you didn’t know you were in Boston, that’s undoubtedly where you think you were.

With that being said, we wanted to get figgy in the South of France, so, here was our chance. We ordered the ‘Bittersweet Symphony‘ made with the Black Fig, Amaro Montenegro, King’s Ginger, & Lime. The Black Fig mixed really well with the Amaro (a blend of 40 botanicals) and the kick of King’s Ginger and Lime just made it all delicious.

Mystique at the Encore Boston Harbor

For the last stop on our tour, we went BIG. Owned by Wynn Resorts, the newly-opened Encore Boston Harbor is the new luxury resort and casino in Boston. It sits on 33 acres of land and is only 5 miles from downtown Boston. Driving up to it, I felt like I was in Vegas.

Mystique at Encore (our last stop) is an Asian Restaurant & Lounge, claiming to be unlike anything that the Northeast has seen before. With a glamorous open kitchen, several private dining areas, a luxury dining room, a wrap-around stone bar (our favorite part), and waterfront views of Boston Harbor, they could very-well be correct. The food selection of sushi, robata, and an array of dishes that put a modern spin on traditional pan-Asian delicacies, were de.li.cious. The cocktails were just as good and they also have some of the world’s top DJ’s coming through on certain nights.

Phew! A lot to be said! But worth it! Now to the drinks; we had the ‘Gold Apricot Sangria‘ which can be served by the glass or in a carafe. The sangria is made with the Gold Apricot, Absolut Mandarin, Pinot Grigio, French Tangerine, Thai Basil, Ginger, & Sake. YUMMM! Although sanrgia typically has fresh fruits in it already, the fresh apricot flavor just topped it off!

So, that’s it! An overflow of fig and apricot tipsyness around Boston. We couldn’t have asked for a better TIPSY Tour, especially since we had a 5-star tour-guide with Black Infusions Founder, Michael Davidson. He knows what works and what doesn’t work with his 2 all-natural flavors, and he knows where to go and where to not go. We didn’t waste any time.

We can’t wait to see what’s in store for Black Infusions. Hopefully more flavors? More markets? We know they are creeping into Miami and Las Vegas very soon!… 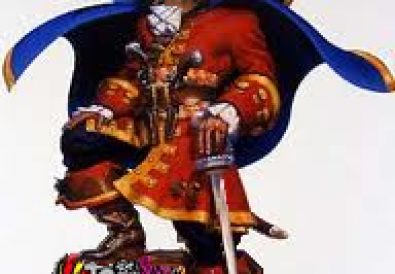 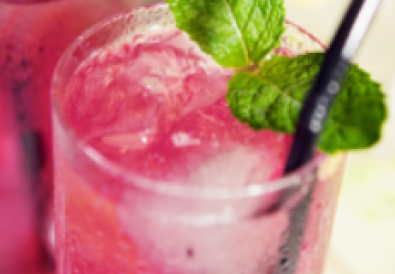 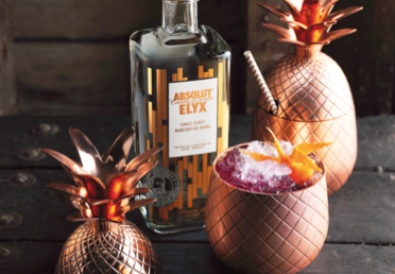 Let the Cocktail Be Your Wingman – Double Cocktails for Summer Flings Now Served at No. 8 in NYC