Las Vegas – Loyal fans of the Cake Boss started lining up as early as noon and by 5 p.m. the guest count was into the thousands, stretching throughout the Grand Canal Shoppes at Venetian|Palazzo. Special guests of the evening included Buddy Valastro and his family, cast and crew from his TLC series “The Next Great Baker,” Mayor Carolyn Goodman, hotel executives from The Venetian & The Palazzo Las Vegas and leadership members from General Growth Properties.

The official ribbon cutting followed a series of remarks from notable attendees and a heartwarming honor to Amanda Cooper, a Make-A-Wish of Southern Nevada child. Memorable comments from Buddy included, “I’m humbled…at the end of the day, I’m just a baker from Hoboken,” and “I know my dad’s looking down on me and he’d be damn proud.”

After the doors opened to the public, Valastro and the Carlo’s Bakery team took invited guests across the hallway to Buddy V’s Ristorante for an exclusive after party in the bar & lounge. “Salute!” was heard throughout the night as they celebrated and enjoyed his signature Italian-American family recipes were featured including Grandma’s Meatballs, Buddy’s Favorite Pizza, Chicken Rigatoni Alla Vodka, Roma Style Gnocchi and more.

Happy customers continued to filter through Carlo’s Bakery late into the night in careful increments to avoid over-crowding. All were seen walking out with the classic red and white pastry boxes filled with their selection of cannoli, Italian cookies, cakes, pastries, and other classic treats.

Already a welcome addition to Las Vegas, Valastro’s first Carlo’s Bakery to open west of the Mississippi just made The Strip get a whole lot sweeter. 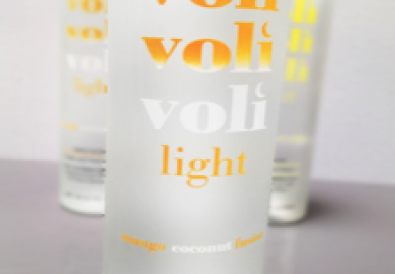 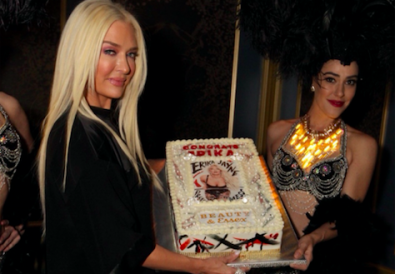