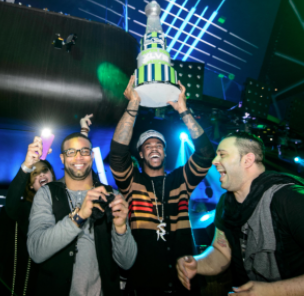 Las Vegas – On Friday night, the Seattle Seahawks took over the main room of Hakkasan Las Vegas Nightclub to celebrate their big win. The Super Bowl champions made their way into the club around 11:30 p.m. and were immediately in celebration mode as their logo took over the floor-to-ceiling LED screens and flashed a congratulations message for all to see.

The festivities didn’t stop there as the guys were treated to an extensive VIP experience on the main stage and were presented with a stunning five-tier trophy inspired cake that brought the whole venue to cheers. Filled with excitement, the Seahawks wide receiver Sidney Rice held the cake high above his head for all to see and the energy of the nightspot erupted.

As the party continued, some of the team members made their way down to the Ling Ling Club to enjoy hits played by DJ Gusto while others enjoyed their evening in the main room and partied into the early hours of the morning with their fans.

Also spotted in the crowd was actor Jason Statham (sans girlfriend Rosie Huntington-Whitely). Joining pal and Hakkasan resident Calvin Harris for his DJ set, Statham spent the night drinking a few beers and dancing in the DJ booth. The action star seemed to be in great spirits, even accommodating fans who asked him to pose for photos. Earlier in the evening, the Transporter star joined Harris as they dined at Hakkasan Las Vegas Restaurant. Statham along with Harris’ entourage indulged in savory items including the Jasmine tea smoked beef short ribs, Mongolian- style beef tenderloin, and one of Hakkasan’s most popular dishes, the Stir-fry black pepper beef ribeye with merlot. Sipping Lychee Martinis, the group fully enjoyed their time as they laughed with one another before heading up to the nightclub. 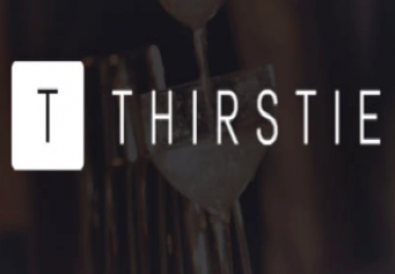 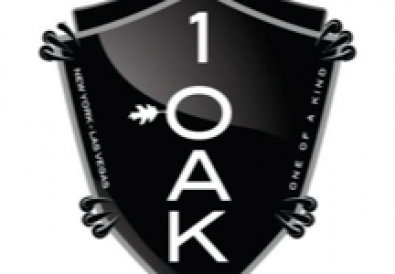