Miami, FL – BACARDÍ, Swizz Beatz and The Dean Collection kicked off NO COMMISSION: Miami 2018, a two-day, art and music immersive experience taking place December 6 – 7, 2018, at Faena Forum in South Beach on Thursday, December 6. NO COMMISSION is a roving experiential platform that forges a direct link between art and art patronage. All artists are given their exhibition space for free and 100% of the sale of each artwork goes directly to the artists.

Returning for the second consecutive year, NO COMMISSION 2018 is themed around “Take the Shot,” which focuses exclusively on the medium of photography for the first time ever. Thirty participating artists joined this year’s showcase.

The day started with a curated panel titled, “Take the Shot: The Evolution of Photography in the Digital Age,” which was moderated by Aperture Magazine’s Managing Editor, Brendan Embser and featured notable photographers Tyler Mitchell, Deana Lawson, Ming Smith and Hank Willis Thomas. Spanning multiple generations, each of the panelists truly resonated with the audience as they discussed topics such as the impact of social media on the business, bridging the diversity gap, and using photography as a way to shed light on provocative issues plaguing the world.

A bevy of special guests passed by throughout the day, including Christian Louboutin, who chatted with Swizz and purchased three artworks featured the exhibition – from artists Dana Scruggs, Hermes Berrio, and Zalika Azim. Tessa Thompson, Lance Gross, Broderick Hunter, and more were captivated by the panel discussion and stopped to pose for photos with guests afterwards.

Later in the night, guests were treated to an epic series of performances by Black Coffee, DJ mOma and Swizz Beatz. Hot off the heels of the annual Victoria’s Secret Fashion Show, supermodel Adriana Lima traded in her angel wings for BACARDÍ bat wings as she passed through the exhibition. The fashionista, who was decked out in a Carmen March dress, sipped on the BACARDÍ Cuatro Smash and joined Swizz Beatz behind the DJ booth for his first set. When asked about her favorite photographers, Lima gave a shout out to Steven Meisel, noting that he always brings out the best in her.  Throughout the night, guests enjoyed signature BACARDÍ premium cocktails, including the crowd favorite, BACARDÍ Ocho Old Fashioned.

The NO COMMISSION platform is realized through a partnership between BACARDÍ, Swizz Beatz, and The Dean Collection in their continued efforts to break down conventional barriers in the art community. BACARDÍ and The Dean Collection first launched NO COMMISSION during Miami Art Week in 2015 as a first-of-its-kind platform to give artists total control of their sales and make showcases accessible to everyone. The injection of immersive music performances from collaborator BACARDÍ shakes up the traditional art fair, creating a unique cultural experience for visitors. NO COMMISSION is fueled by the belief that people should always do what they love, to do what moves them. 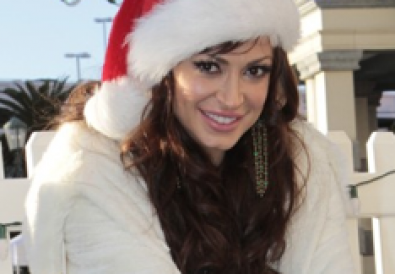 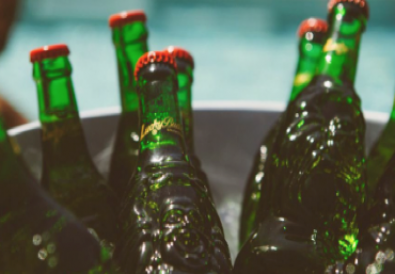