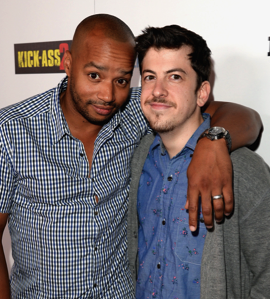 San Diego – To celebrate the upcoming release of Kick-Ass 2, Playboy and Universal Pictures partnered to create an interactive event and party that allowed guests to live out their ultimate fantasies as superheroes or supervillains during the 2013 Comic-Con International: San Diego weekend.  A 21-and-over playground, complete with a live production from AXE Black Chill that featured heroines in action-packed situations, housed partygoer activities as they were surrounded by enormous sets inspired by the film. Guests enjoyed Patrón, that held activations including a custom bar with 3D TVs, Patrón cake pops, Patrón Popsicles, and a prison cell photo booth.

The cast of Kick-Ass 2 arrived together and were all smiles as they posed for photos on the red carpet. Donald Faison arrived hand-in-hand with pregnant wife, CaCe, as they greeted Christopher Mintz-Plasse with big hugs.  As they made their way to the private VIP area, Faison and Mintz-Plasse joined 50 Shades of Grey author, E.L. James, who made a rare appearance out and was surrounded by a large group of friends. Olivia Munn and boyfriend Joel Kinnaman arrived later in the evening and were invited to join the Kick-Ass 2 cast at their VIP table.  Munn and Kinnaman were very affectionate and stood close to one another while sipping cocktails.  Faison and Mintz-Plasse were both excited to try out the bungee that soared over the Playboy and Universal event. Both Faison and Mintz-Plasse jumped 50 feet above the crowd and put their superhero moves on display.  After they returned to the VIP table, the cast was cheering for Faison and Mintz-Plasse and had drinks waiting for them, making it known the party was not ending soon. 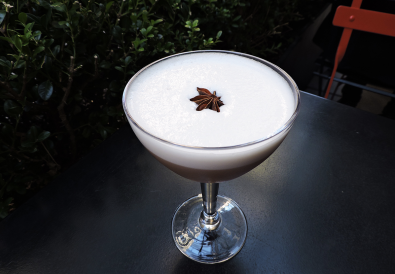 Festive Cocktails For Your Holiday Feasts! To Make at Home and Available at Select NYC Venues 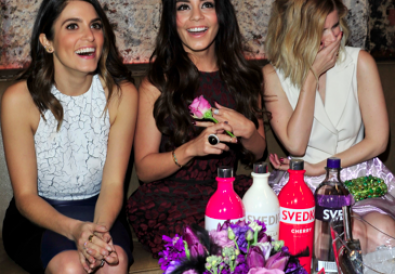 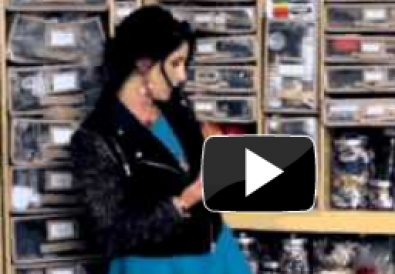