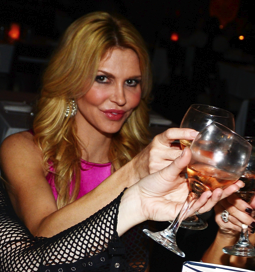 Las Vegas – Friday night at LAVO in Las Vegas, Brandi Glanville celebrated the release of her new book Drinking and Tweeting and Other Brandi Blunders, which was just named a New York Times bestseller.  Wearing a pink dress from her new Brand B clothing line on the red carpet, she shared that she is already in the early stages of planning her second book and that while she is still contemplating topics, it may be about dating over 40 in this new digital age, confiding that she just broke up with two boys – “one east coaster and one west coaster.” Glanville confirmed that when she finishes promoting this first book she plans to stop speaking about her ex-husband’s affair, but admitted, “I’m sure there is more scandal I can get myself into down the road.”

Joined by her co-author Leslie Bruce and two girlfriends, the group toasted the success of the book while dining on LAVO signature dishes and sipping rose.  Throughout dinner several well wishers stopped by the table to declare they were “Team Brandi.”

After dinner the Real Housewives of Beverly Hills star headed upstairs to the nightclub, where she was surprised by a huge cake depicting her new book with the arms and legs of a man looking like ex-husband Eddie Cibrian squashed underneath. Glanville laughed at the confectionary creation and even took a few bites out of it to the thrill of the crowd.

Also spotted at LAVO Friday night was Ray Rice of the Superbowl Champion Baltimore Ravens.  The running back and a group of guys feasted on steaks and spaghetti and meatballs, while a fan sent over a celebratory shot of tequila.  After dinner they made their way to a VIP table on the dance floor in the nightclub and celebrated the birthday of one of the friends in the group.

Theophilus London dined at the Italian eatery as well. Joined by friends the rapper, who turned 26 at midnight, then headed upstairs to the nightclub where he was treated to a birthday celebration. 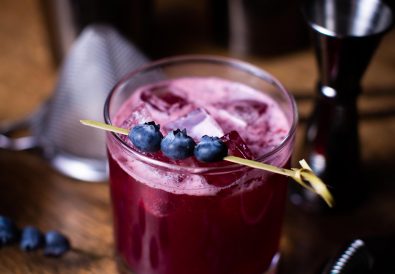 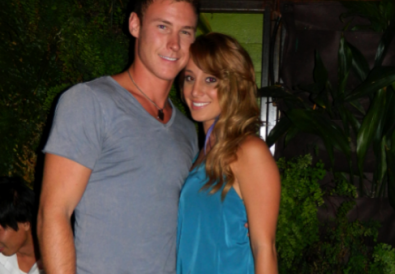