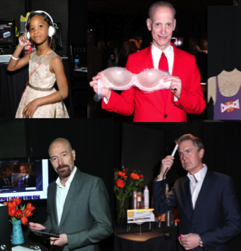 Santa Monica – Over the weekend, The Official Presenter Gift Lounge Backstage at The 2013 Film Independent Spirit Awards took place by the beach in Santa Monica. It was the perfect day as celebs mingled backstage before the show.

Hansel And Gretel star Jeremy Renner stopped by the Mattel Games Gift Lounge backstage at The 2013 Film Independent Spirit Awards to help raise money for charity on Saturday. The father-to-be scooped up one-year membership to Crunch and a private island getaway from Caribbean Living Magazine!  And just as Jeremy enjoyed a big spoonful of Yoplait Greek 100, host Andy Samberg wrapped the show by shouting “I’ll meet you in the parking lot Jeremy Renner!” He laughed hysterically [with a full mouth] and yelled out “Oh, I will see him in the parking lot!!!”

Django Unchained actress Kerry Washington and BFF/mom Valerie hit up the Mattel Games Gift Lounge backstage on Saturday in style. The duo was overheard telling guests that they are “extremely close” and share a love for fashion – borrowing each other’s clothes constantly. When asked what she would be wearing to the Oscars on Sunday, Washington played coy but did pick up one of the newest bras from Fashion Forms, a backless dress must-have. The actress is known for her bold fashion choices and didn’t disappoint with her stunning Giambattista Valli Couture graphic print dress on the red carpet before the award show.

The Vampire Diaries starlet, Nina Dobrev was also spotted accompanied by her Perks of Being a Wallflower director Stephen Chbosky, who picked up the award for Best First Feature. The Canadian beauty entered the lounge in a skin-tight white dress and ran straight over to grab some Fashion Forms strapless bras. Dobrev was overheard telling a friend that her “chest and legs” are her “best features,” and that she feels most confident in “a tiny mini-dress”. Later, when asked about her beauty secrets at the GKhair beauty bar, Nina mentioned that she’s “constantly in bed” and that “sleep is the key to a healthy beauty regimen”. Spending all that time under the sheets with love Ian Smolderhalder truly does a body good! Before heading out, she snagged a pair of Jabra Vox headphones to help her “relax on the plane”.

The talented pint-sized Beasts of the Southern Wild actress, Quvenzhané Wallis, enjoyed spending time at the Mattel Games Gift Lounge backstage alongside her mother, Qulyndreia Wallis. The Louisiana native touched up her hair with GKhair’s Mini-Iron and was overheard saying, “Mama! I need this”. Later, the adorable youngster spotted the Fashion Forms lingerie and immediately covered her eyes saying, “Can’t look at those yet…mine are itty bitty”. Seems like the on-screen ‘brave beast’ may not be looking to grow up too fast. Her mother laughed and whisked her away to the show where she was both a Presenter and Nominee, that’s pretty adult to us!

Silver Linings Playbook star Chris Tucker had guests laughing hysterically over his humorous antics. Tucker joked with guests that he wanted to make sure all the goodies were free, as he wouldn’t want to get into any trouble, but now that he’s “made it” the up and coming actor can expect even more perks to come!  Tucker was spotted leaving with Jabra headphones, the new Sookbox which was his favorite thing in the Lounge, along with massive quantities of Yoplait Greek 100, yelling “lay off me… I’m starving!” Earlier, when asked about his co-stars Bradley Cooper and Jennifer Lawrence, he laughed and said, “I keep those two in line! Pun intended…”

Rapper Common made an appearance and seemed to have nothing but ladies on his mind. Guests overheard the single musician talking about his recent presenting gig at the Essence Black Women in Hollywood luncheon, and how he has developed quite an obsession for “strong females.” This comes as no surprise based on his dating track record with tennis superstar Serena Williams – he did after all write a song about God being a woman. After flirting with several ladies, he proceeded to talk with friends about working on a new album while picking up some silk sheets from Manito Linens, candles from Larissa Love Cosmetics and Jabra Solemate speakers… perhaps he was planning for a night in to “make music” with a special someone? 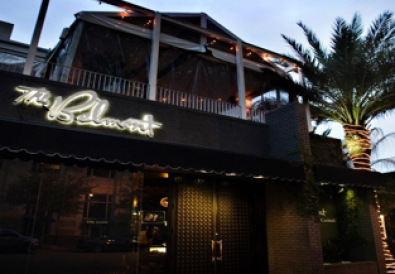 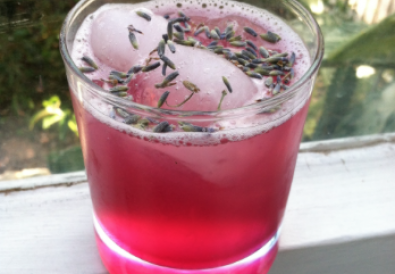 Party Like the Stars for the OSCARS with PATRÓN TEQUILA

Give Back This Holiday Season with BELVEDERE (RED)