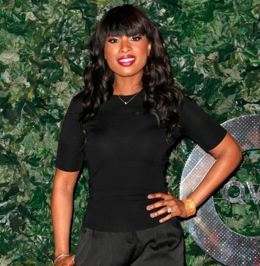 Jill Martin interviewed all the stars on the red carpet as they arrived and it was a QVC celebrity affair as supermodel Heidi Klum walked down the carpet and flashed her Wildlife by Heidi Klum for QVC watch saying, “It’s QVC Time!”. Nicole Richie stunned in a copper and gold velvet ensemble and talked about the inspirations for the newest pieces of her QVC line, The Nicole Richie Collection.

Singer, Actress, and QVC designer Jennifer Hudson strutted her stuff on the red carpet before going to a live QVC broadcast to show the newest pieces from The Jennifer Hudson Collection.

Kristin Chenoweth was saving her voice for her big performance at The Academy Awards this Sunday; however, could not contain herself when she saw Silver Linings Playbook’s Jacki Weaver on the red carpet next to her. The two ladies exchanged compliments, hugs, and kisses.

It was a night of color for Victoria’s Secret model Miranda Kerr who showed up sans hubby Orlando Bloom. She stunned in an emerald green lace dress and expressed, “You just have to dress for your body!”

Also on the carpet was the adorable Academy Award Nominee Quvenzhané Wallis who is the youngest actress ever to receive a nomination. She was escorted by her mother and graciously posed for photos on the carpet before stopping and posing in front of her first initial and QVC’s “Q”. And her adorable dress? She eloquently stated, “It’s David’s Bridal!”

The always entertaining Joan Rivers walked the red carpet after the young Quvenzhané and then head to the QVC broadcast where she was greeted by fellow Fashion Police co-star George Kotsiopoulos to dish on the fashion dos and don’ts of the night.

Mario and Courtney Lopez showed off their new addition to their family, lovingly stroking Courtney’s baby bump. Mario, the proud papa even had publicists taking photos on his iPhone. 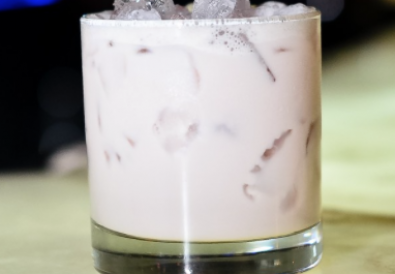 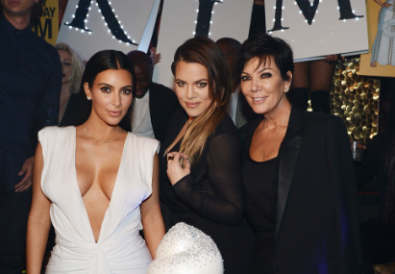