The UK’s Most Buzzed-About Girl Group, The Saturdays, Play Volleyball in Santa Monica 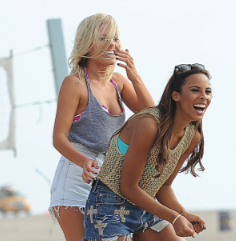 The UK’s hottest and most buzzed-about girl group since The Spice Girls, The Saturdays (signed under the same label as UK’s boy-equivalent, The Wanted), have begun making a name for themselves in the States.  From attending the 2012 Video Music Awards, headlining Perez Hilton’s “One Night in Los Angeles” Official VMA After Party and performing during Mercedes-Benz NY Fashion Week, the fab five have been spotted EVERYWHERE!

Over the weekend, the girls were in high spirits as they took a trip down California’s coast where they decided to give beach volleyball a try! While the girls gave it their best effort, we’re not completely convinced they should give up their singing career! Battling each other in the sand Una Healy, Frankie Sandford and Vanessa White took on Mollie King and Rochelle Humes. From the smiles on their faces it looks like the girls had a blast and they all went home winners. 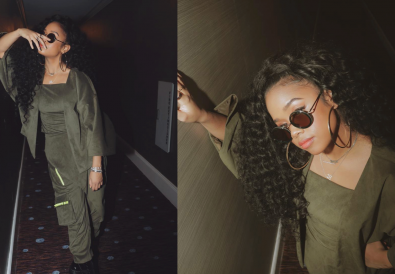