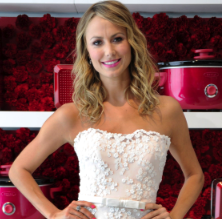 Despite the recent breakup rumors, it looked like Stacy Keibler may be preparing to nest with playboy boyfriend George Clooney. Just last week during Mercedes-Benz Fashion Week, the actress sat front row at the Vera Wang and Marchesa shows – both known for bridal couture – and was seen trying on engagement rings at Jacob & Co. before returning to LA to reunite with her man. Last night, Keibler was back in NYC and stopped by Chef John DeLucie’s Pop-Up Kitchen. As soon as she arrived, Stacy ran straight up to the celebrity chef, and asked for a quick cooking lesson. Before leaving, she was seen  gushing  over the pink and purple BELLA Dots slow cookers.

Former “Real Housewives of New York” cast mates – and sometimes frenemies – Jill Zarin and Kelly Killoren Bensimon reunited at celebrity chef John DeLucie’s pop-up kitchen. Despite being fired from the show, they were having a blast catching up and gabbing about their kids and upcoming projects. Chef John was giving healthy cooking tips to Jill, who was filming a new docu-series, while Kelly was more focused on her personal life. She is trying to teach her daughters how to be more domestic, so she grabbed the entire BELLA Dots collection of kitchen appliances in pink and blue for the girls! Before heading out, Jill’s husband Bobby Zarin made a quick cameo and was bragging about his wife’s new jewelry collection.

Anna Boiardi, heir to the Chef Boyardee supermarket pasta empire, is gearing up for her new E! reality show with chef Todd English by getting to know the tricks of the trade. Anna stopped by to catch his series of live cooking demonstrations.  While there, she also caught up with former “Real Housewives of New York” cast mates and got tips for filming. The ladies were telling Anna what to wear, what to say, and how to do her hair and makeup. Anna was soaking it all in! 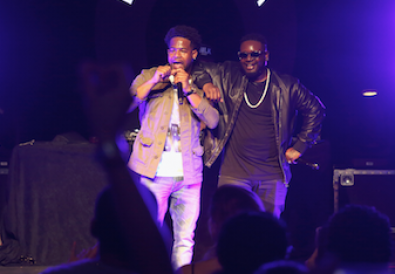 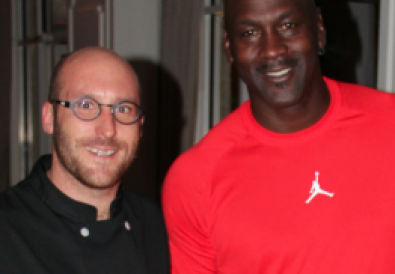 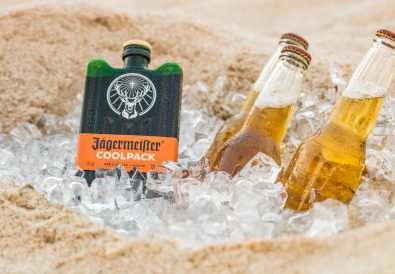