by tips6247
The TIPSY Closet Tipsy Around Town
32 comments

As New York Fashion Week approaches, STYLE360 is back for its 9th annual NYFW presentation, showcasing Spring/Summer 2013 Collections at the Metropolitan Pavilion South Hall in Chelsea.

Next week, STYLE360 will again be hosting a selection of high-profile fashion shows and exclusive parties, taking place September 10-12. All after parties will be held at Meatpacking district hot spot, Kiss & Fly.

“We’re thrilled to host the second installment of STYLE360 for 2012 with an ever-present focus on innovative industry fashion shows fused with high-energy entertainment and fashion-fan access. Our goal is to be a highlight of New York Fashion Week this season and every season,” states Executive Producer, David Manning, President of A-List Communications.

Abbey Dawn by Avril Lavigne presented by Inglot Cosmetics returns to STYLE360 on Monday, September 10 @ 6PM. Avril Lavigne will be presenting the Spring Collection in her high- energy format with a special guest appearance by the youngest Keeping Up with the Kardashians star, Kylie Jenner who will be walking in the show.

Day 2 of STYLE 360’s fashion schedule will jumpstart with a debut show by Bonkuk Koo and presented by STOLI. This will definitely be one of our favorites! The show will present a unique collection of designs all inspired by the innovative vodka flavors of Stolichnaya Vodka.

At 3PM on Day 2, Celebrity Stylist turned Fashion Designer, Shateria Moragne-EL, most known for her consulting work for some of today’s top fashion magazines including Lucky and ELLE, will debut her first collection, Front Row, with an opening performance from Platinum recording artist JoJo.

Next up, STYLE360 is playing host to the first-ever video game related fashion show when former Olympic Figure Skater turned fashion designer, Michael Kuluva of Tumbler and Tipsy, showcases an assortment of looks designed and exclusively inspired by the #1 dance game franchise, Just Dance. This show will also include a featured runway appearance by Kendall Jenner and other celebrity guests.

Be. Winery is the official wine sponsor of STYLE360 and all after parties.

Stolichnaya Premium Vodka is the official liquor partner and they will also be presenting their latest flavor innovation, Stoli Salted Karamel. Check out the recipes below…

Beck’s will join as the official beer sponsor. Shake all ingredients with ice,

strain into a chilled martini glass.

Shake over ice and strain into a rocks glass.

Shake and strain into rocks glass. 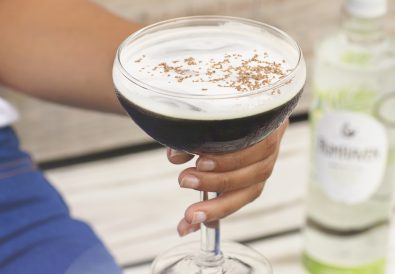 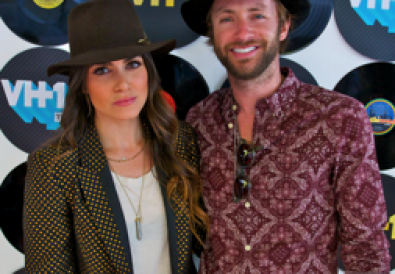