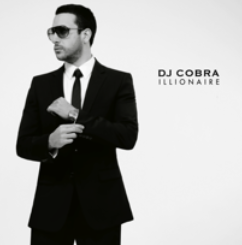 When the club is insanely packed, bartenders are about to throw in the towel, and the dance floor is an awesomely exhilarating mess of excitement, sweat, and fraying inhibitions, do understand that this is far from the result of pretty patterned wallpaper, the overly-bureaucratic fire marshall’s absence, or even the fake ficus in the lobby. The real master of disaster, the one who keeps your feet out of your seat, and who for all intents and purposes, really should be held liable for all the damages…is The Disc Jockey…or more commonly known by today’s standards as, The DJ.

There is absolutely no bigger crime on this earth then a sexy venue, filled with a crazy attendance, all of who are being strangled to death by a whack DJ, with no tomatoes in sight. I’ve attended one TOO many and too often have considered heading under the stage, knife in mouth, with the intent to splice a few wires into my iPhone.

If you’re anything like the Tipsy Crew, you don’t just cover your eyes and finger-point a spot on the map to plot your night out, you do your homework. Finding those crazy and unforgettable nights, agreed, is not easy, BUT, if you know what to look for, then that’s half the battle…

Which brings us to DJ Cobra; the individual who will fill your nights with sore feet, regrettable decisions, and a consumption of sick days from work.

Andrew Bagg aka DJ Cobra is one of the most sought after DJs in the world and the premier open format DJ. He has laid his beats at over 300 performances per year, holding multiple residences all over the Hollywood area and spinning his gold at the most exclusive clubs and venues around the country. He’s not just a DJ…he’s an Experience. He has toured with some of the most elite pop stars and divas, including, but not limited to; Lady Gaga, Prince, P. Diddy, John Legend, Ludacris, Nelly, and the list go on. His heavenly touch and flick of the wrist has been heard and raged to at some of the most notable and high-profile events in the U.S. of A. Again, including, but not limited to; Weinstein’s Golden Globes Party, Good Morning America’s ‘Oscar Special,’ Star Magazine’s Young Hollywood Event, Madonna’s Material Girl launch event, Comic-­Con, E3, etc. Additionally, he was called in to lay down the Cobra Guarantee of a crazy time for Paris Hilton’s 30th birthday followed by Miley Cyrus’ 18th. I can’t even imagine with the money these chicks dropped and Cobra quarterbacking the night, what relentless destruction and havoc unraveled the next morning.

However, all that success didn’t just happen overnight. Let’s take a look at how it all went down and Cobra’s plans for the future.

DJ Cobra grew up in Los Angeles and clearly had a passion for music from a young age. During Cobra’s early years and in high school, he would use his lunch money to buy a new CD every week. After buying hundreds of records, Cobra and a friend would teach themselves how to spin.

Next up – The University of Arizona…

While attending the U of A, Cobra and a friend would pretend to be on-air personalities and as a result, Cobra was given his own show at the university radio station. The radio station barely had an audience and no antennae, so as a result, Cobra started cold-calling record labels and telling them that he was a music director at U of A’s radio station. After the free music started flowing in and relationships were made, Cobra decided to submit a mix-tape to the Director and On-Air Personality at 98.3 (KOHT). This led to Cobra becoming one of the youngest DJ’s in the country on commercial radio. Record labels then started contacting him to get beats for their artists. After passing down numerous jobs, Cobra had his own ideas for himself. He started a DJ crew in Los Angeles, went on to open for numerous artists in the music industry, and the rest is history.

In addition to Cobra’s passion for music, spinning expertise, and knowledge of blending different sounds together for different crowds, he is also a savvy and entrepreneurial businessman. He is always looking for the next thing, other projects, and constantly looking to extend his brand.

With recent bookings in Hawaii, Tokyo, Shanghai, Hong Kong, and Singapore, Cobra is looking to venture out into other areas, one being the hospitality industry. With not much information revealed, Cobra and four partners are in the process of opening an LA nightclub in the near future.

Additionally, Cobra is involved in the creation of an iPhone application called ‘Drink City.’ The idea of the app is that everyone wants a deal, right? So the Drink City team created a ‘happy hour/any hour.’ Through the application, vouchers are created and when a bar or lounge has empty seats, they can create their own happy hour (50% off). Users of the application will then be notified of happy hours going on around the city, which could happen at any hour!

Who do you look up to? Ryan Seacrest because of his work ethic and what he has been able to accomplish, and Dick Clark before him. I  admire the control they have over their brand, brand management, and brand integrity.

What’s important when trying to make it in this industry? Consistency, stamina, and the will to keep going.

Favorite space to enjoy as a DJ in Los Angeles? Supperclub

Go-to drink? Macallan 18 on an ice ball. The best single malt in the world. 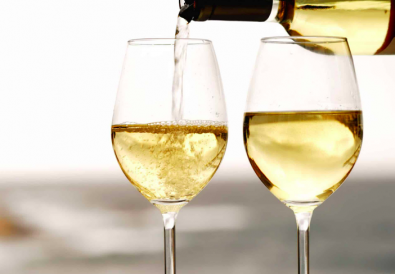 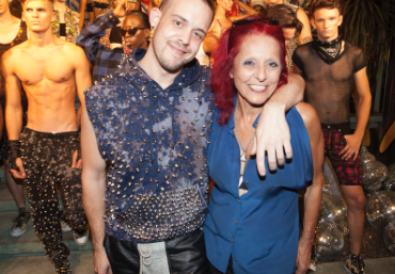 Studmuffin’s First Ever Presentation During NYFW with PERONI