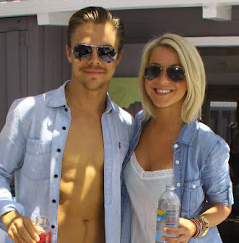 Malibu – It was family Friday at the Kia Beach House as Dancing With The Stars hottie Derek Hough and sister Julianne spent the afternoon relaxing and laughing as the waves crashed onto the Malibu beach. The Hough’s newest family member, Romy, a 3-year-old pup who Derek adopted not too long ago, joined everyone for the day, along with a few close friends.

Julianne came rocking a hot new bob and a nice tan, matching her brother with an open denim button down! At the young age of 24, Julianne is successfully pursuing her dreams of acting, after leaving Dancing With The Stars in 2008. She just wrapped her new movie “Safe Haven” and is so happy to be back home.

The sweet siblings snacked on Sabra guacamole and hummus along with sweet treats by Baked By Melissa throughout the day and kept cool with a variety of drinks such as Hubert’s Lemonade, Zico Coconut Water, Resource Water and Sambazon juice. While some guests played beach tennis and others puffed on Camacho Cigars, a group of baby dolphins swam near the shore, causing everyone to run straight to the water for a better look. Derek took Romy near the water to catch a glimpse and played with him before taking a long run down the beach looking buff and fit.

Julianne checked out the C & C California wardrobe at the house along with fashionable hats from Contraband Hats. Music was bumpin’ as everyone was talking about Derek’s up and coming singing career. People got out of their beach chairs and started moving their feet to the music, dancing with each other and giggling as they went. Heading out a bit early, Julianne was overheard saying how much she loved the prints on the insides of the Kia Optima she was hopping into.

The weather held up beautifully and the siblings got a chance to spend some quality time together, what else can one family ask for? 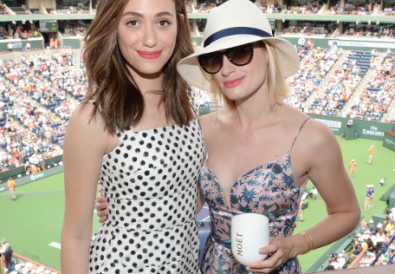 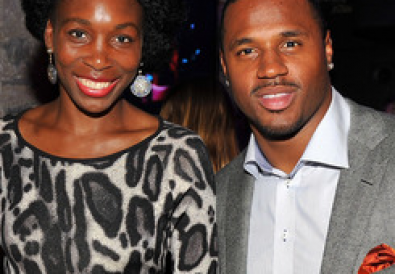 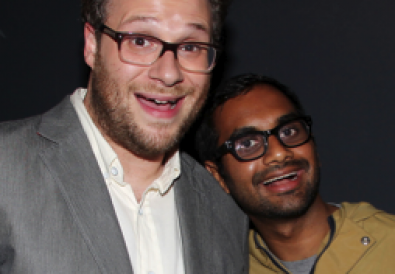