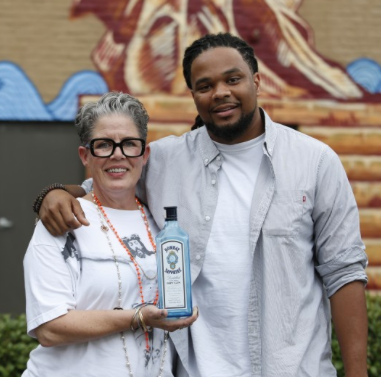 With August 2015 marking the 10th Anniversary of Hurricane Katrina, last night, Top 3 Winner of the Bombay Sapphire Artisan Series Competition and New Orleans Artist Ti-Rock Moore debuted her powerful mural, in remembrance of loved ones, in her hometown at 855 Baronne St. The rainy day did not deter her supporters and art enthusiasts from attending and celebrating her incredible work. The celebration continued as the band and guests second lined to the Bombay Sapphire cocktail hour at a nearby cocktail lounge, Victory, to celebrate with Ti-Rock, The Arts Council of New Orleans, VIP guests and influential locals.

In celebration of Ti-Rock Moore, who was named Top 3 Winner of the 5th Annual BOMBAY SAPPHIRE Artisan Series competition, in partnership with Russell Simmons’ RUSH Philanthropic Arts Foundation (which is also celebrating its 20th Anniversary this year), Ti-Rock was given the unique opportunity to work with local arts organization The Arts Council of New Orleans and Bombay Sapphire to construct a massive public mural installation. A New Orleans brass band and Bombay Sapphire specialty cocktails set the stage for the momentous occasion.

Inspired by a trip to the Louvre and Hurricane Katrina, Ti-Rock imagined a piece of art that was symbolic for her hometown, New Orleans. Her masterpiece, Incomplete, represents New Orleans as resilient, but still in repair. To honor the victims and everyone affected by the storm, the mural will remain up for the remainder of the year for the community to enjoy.

The Mural Arts Project was a wonderful way to punctuate the Artisan Series program. In the Top 3 Winner’s hometown’s, San Francisco, Houston and New Orleans, the murals beautified the neighborhood, inspired the community, and gave additional exposure to our winning artists. This was a great addition to an already life-changing program. Since its inception, the Bombay Sapphire Artisan Series competition has received more than 15,000 submissions, and more than $260,000 of artwork by competition finalists has been sold. In 2012, Chicago finalist Hebru Brantley sold his finale piece to Jay Z for $20,000 during Art Basel. Brantley went on to paint Lil Wayne’s skate park and was commissioned by Swizz Beatz in 2013 to create a custom piece. More recently, it was announced that Ti-Rock’s winning piece from the Bombay Sapphire Artisan Series competition will be featured throughout the upcoming season of the show Empire. 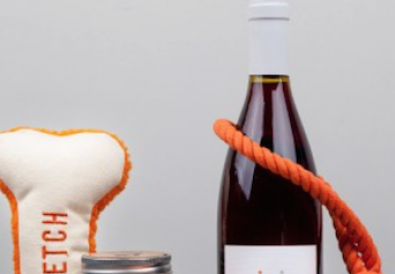 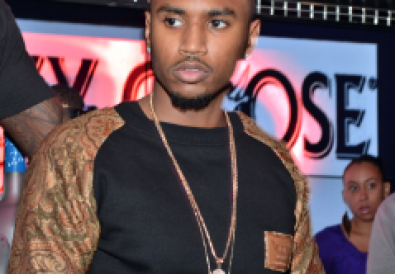 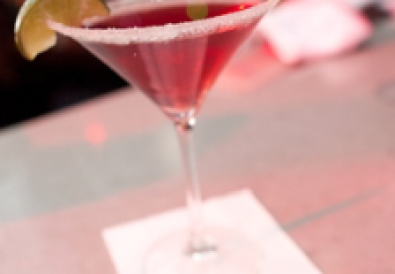