by tips6247
Let's Get Tipsy Tipsy Around Town
103 comments

Los Angeles – On Thursday night, SVEDKA Vodka celebrated the heartbreakers and heartthrobs of the 90’s and today with a Throwback Valentine’s Day bash at Pink Taco Sunset Strip in LA. Guests had a blast from the past, reunited with former co-stars from their 90’s hit shows. 90’s icons Debbie Gibson and All-4-One performed some of their classic hits.

SVEDKA’s signature Love On The Rocks cocktail was served to the VIP crowd.

Joey Lawrence reunited with TV sis Miyam Bialik (Blossom) while reminiscing over their pin up posters from 1994 on the SVEDKA love board. Lawrence even requested to take home his TV Guide cover.

Ashlee Simpson (Melrose Place) was spotted writing a love note on the SVEDKA love board to Lance Bass professing her love for the former N*SYNCer.

90’s Pop Star Debbie Gibson’s opened the show with a medley of her greatest hits “Only In My Dreams” and “Electric Youth,” in addition to singing a variety of cover songs including Tina Turner’s hit “Rolling On The River.” All-4-One then jumped on stage and serenaded the crowd with their hit single “I Swear.” The entire room simultaneously started slow dancing including Lance Bass and Debbie Gibson.

Tatyana Ali (Fresh Prince of Bel Air) was sentimental while checking out photos of her Fresh Prince family on the SVEDKA love board saying, “These are like looking at an album of childhood photos.”

Build in a shaker. Shake and strain in a rocks glass. Garnish with a raspberries and a cinnamon stick. 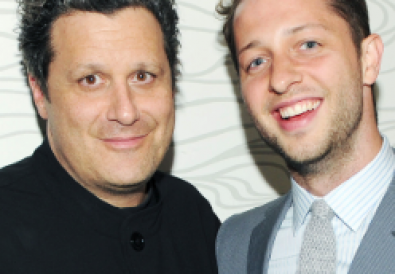 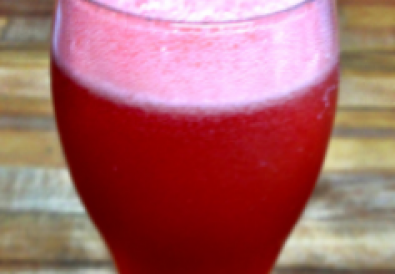