New York – Last night at Cipriani on Broadway, Moët & Chandon Nectar Impérial Rosé revealed its first ever design collaboration – Limited Edition by Marcelo Burlon: the Tiger Bottle Collection. The collaboration between County of Milan designer Marcelo Burlon and Nectar Imperial Rose is the marriage of two brands known for setting the party scene— and they didn’t disappoint. The line to enter the venue stretched down the block as New York’s fashion and music elite clamored to enter the party.

Celebrities including: Solange Knowles (singer), Michael B. Jordan (actor), Leigh Lezark (DJ), Richard Chai (designer), Brian Atwood (designer), Roble Ali (celebrity chef), Mia Moretti (Dj/model), Dascha Polanco (actress), DJ Va$htie, Alicia Quarles (E! News) and more danced to beats by DJ Kittens as they entered the event. As the party heated up, Marcelo himself took center stage to DJ, treating the stylish set to a medly of pulsating EDM jams. Just after 11pm, panels at the rear of the venue melted away to reveal a surprise performance by Trey Songz belting several hits – including his appropriately named, “Bottoms Up” — while clutching a golden goblet of Moët Nectar Impérial Rosé in the air. The 600+ person crowd went wild when Trey transpired on stage and fans were desperate to get closer, jumping past barricades to get near the performer.

Solange, who arrived late from Brooklyn wearing a midriff bearing Maticevski dress and white Christian Siriano shoes, was eyeing the magnum of Moet NIR sitting in front of her, as champagne is one of her all-time favorite libations. She was also overheard telling friends that she was planning to swipe a magnum of Moet NIR to-go, because of course, the bigger the better! Also walking the red carpet, DJ Mia Moretti left nothing to the imagination in a seductive see-through ensemble, while designer Brian Atwood attempted to sneak through crowds unnoticed. 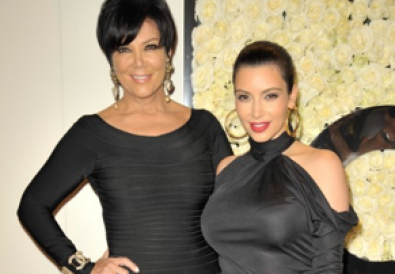 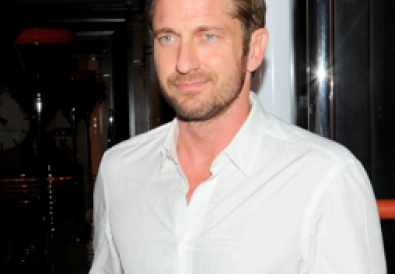 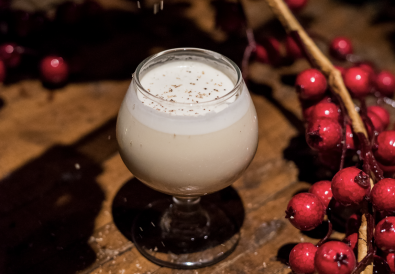 Escape to REFINERY ROOFTOP in NYC for their Limited Edition Frozen Eggnog!