by tips6247
Tipsy Around Town
19 comments

What better way to kick off the weekend than with impromptu performances by multi award-winning artists Usher and Chris Brown? Well, that’s exactly how XS nightclub did it. The two artists showed up at the Wynn Las Vegas hotspot to celebrate rapper Jermaine Dupri’s birthday on Friday, Sept. 19.

Arriving shortly after 12:30 a.m., Usher, Brown and Dupri were seated at the exclusive VIP table next to the stage. The trio was spotted hanging out with One Direction band member Niall Horan, who continues to make XS his go-to club for a night out in Las Vegas, hip-hop artist SchoolBoy Q, rock ‘n’ roller Tommy Lee, his fiancée Sofia “Sofi” Toufa and XS Managing Partner Jesse Waits.

Following Skrillex’s set, Usher and Brown joined the DJ on stage to sing “Happy Birthday” to Dupri. Partygoers went crazy as the two stayed on the mic to perform their hit song, “New Flame.” Usher and Brown then closed out the club as they continued to sing for another 30 minutes before heading out around 3:30 a.m. 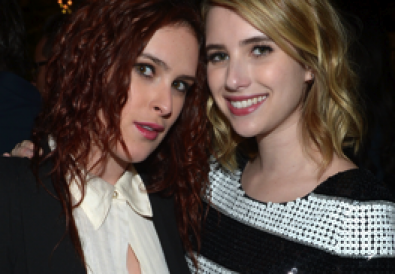