by tips6247
Let's Get Tipsy Tipsy Around Town
80 comments 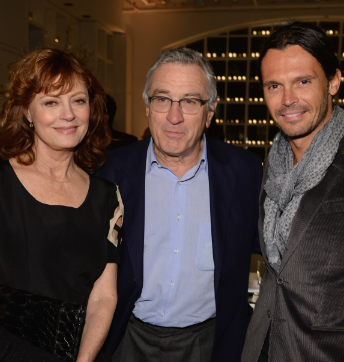 The biggest names in New York and Hollywood – including Robert De Niro, Susan Sarandon, Carmelo Anthony, Olivia Palermo and Karolina Kurkova – just finished celebrating at the exclusive IWC “For the Love of Cinema” celebration with the Tribeca Film Festival.

Featuring an exclusive performance by Grammy Award-winning singer Estelle, who debuted a new song for the first time ever off her upcoming album, the private cocktail and dinner party celebrated luxury watch manufacturer IWC’s commitment to supporting the film industry as the Official “Festival-Time Partner” of the Tribeca Film Festival. Carmelo Anthony – who arrived without La La and laid low the entire evening, not budging from his seat – was finally coaxed up from the table when he heard Estelle take the stage, while Susan Sarandon and boyfriend Jonathan Brick – who were cozying up on the outside balcony over an electronic cigarette – headed back inside when ‘American Boy’ started playing, rocking out together to the music. Across the room, supermodel Karolina Kurkova refused to take a break from dessert, choosing instead to multitask her craving for sweets with her dancing, and was later overheard debating whether blondes really do have more fun with redheaded Karen Elson, joking that she may dye her hair red.

While Karolina’s passion for dessert held strong, socialite Olivia Palermo– who arrived without fiancé Johannes Huebl – didn’t even make it to the main course and was seen sneaking out of the event halfway through her salad. Karolina proved to be quite skilled at multitasking throughout the evening with her dancing and dining, singing throughout her entire dinner to a Michael Jackson song. Later on during the dinner, Susan Sarandon and Whoopi Goldberg were inseparable and completely engrossed in conversation – that is, until Dev Patel caught Whoopi’s attention. She immediately beckoned for Dev to join them, who jumped up excitedly and hurried over. Meanwhile, actor James Marsden was spotted throughout the evening with actress Bérénice Marlohe, as the pair cozied up next to each at dinner and stole a quiet moment outside on the balcony, later joined by actor Armie Hammer – who showed off his IWC watch throughout the evening – as well as Dev Patel. Karolina Kurkova closed out the evening and was the last to leave, making her way downstairs to a group of waiting fans and graciously snapping photos with them. 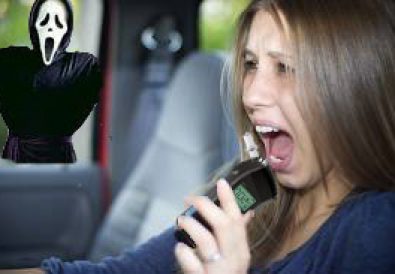 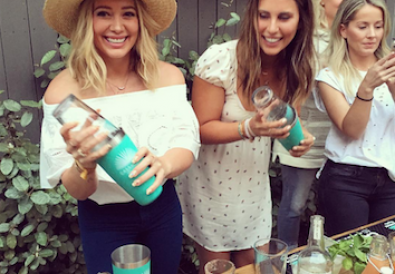