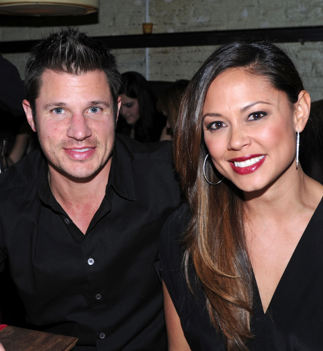 The Lacheys were dressed upscale casual – Nick in a black shirt and black jacket and Vanessa in a simple black dress. However, their black outfits still drew attention from many of the restaurant goers, all trying to get a peak of the gorgeous couple.

The new parents enjoyed a date night out with their friends and were very affectionate with one another. Nick had his arm around Vanessa’s chair most of the night and looked like they were having a great time in each other’s company.

Vanessa was having such a great time that she asked management about getting a table at Beauty & Essex after dinner. But after consulting with the group, they decided against it due to Nick’s early appearance on his new VH1 Show, Big Morning Buzz Live.

The group was all smiles and handshakes as they left the restaurant, being extremely gracious and complimentary to the staff and restaurant patrons. 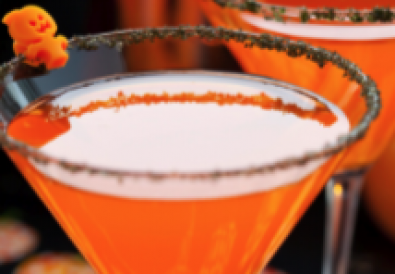 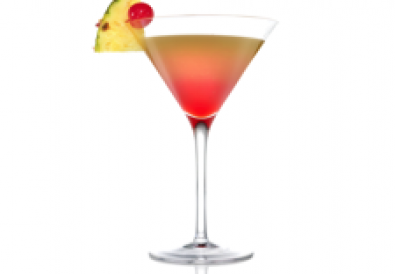 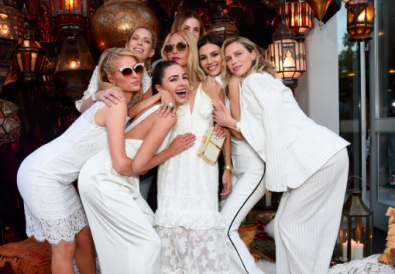