by tips6247
Let's Get Tipsy Tipsy Around Town
12 comments 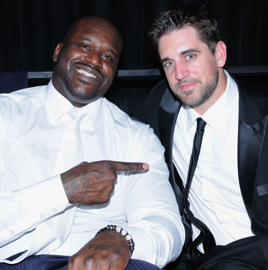 Louisville, KY – It was a night of celebs, legends, and all stars at the Maxim & Maker’s 46 Fillies and Stallions party for the Kentucky Derby on Friday.

While Julius Irving, Scottie Pippen, and Shaquille O’Neal were getting mobbed my male fans, the highest paid quarterback in the NFL Aaron Rodgers, Clay Matthews, RGIII, and Wes Welker were getting surrounded by female admirers and Maxim hotties. They arrived at midnight and stayed until the end of the party in what turned out to be an epic sports night as they had to wake up early to attend the Kentucky Derby.

Revenge star Christa B Allen attended her first Kentucky Derby this year and came to the Maxim & Makers 46 Fillies and Stallions party as well. She was seen chatting and laughing with Green Bay Packers player Clay Matthews as she sipped Maker’s 46 cocktails.  When asked if she had a little crush she said, “He is very handsome, but I have a boy friend that I love so much!  Tonight is for the single ladies because I’m a taken woman.”  They recently wrapped filming and she is enjoying a couple of months off until the new season. She mentioned that there is an interesting twist in this season’s finale that will blow everyone’s mind.

Dallas Star Josh Henderson was on the prowl at the Maxim & Maker’s 46 Fillies and Stallions party meet a few hotties. The single actor who has been at the Maxim Kentucky Derby party in the past was getting a lot of attention from his female admirers as he sipped cocktails by favorite whiskey, Maker’s Mark. At one point he left his table to wrangle some beautiful ladies back to his table to enjoy some more cocktails. He was excited that Dallas got picked up for another season and was able to shave his famous mustache until he starts shooting again in July.  “I love the stache and didn’t want to get rid of it!” Henderson said.

Man v. Food star Adam Richman couldn’t fulfill his appetite for partying at the Maxim & Maker’s 46 Fillies and Stallions party.  A witness at the party caught the television personality sloppily making out with two female party goers in the VIP section.  “He was sucking these girl’s faces off!”  A fan of Richman was about to approach him for a picture but was to scared he might “jump” her!

Wes Welker now with the Denver Broncos was at a gala early in the night with his former favorite QB Tom Brady and a few of the Patriots and then late came to the Maxim & Maker’s 46 Fillies and Stallions party and once again enjoyed the Maker’s Mark cocktails too much and had to be sent home by his former teammates. Too bad Tom wasn’t there to give him an assist.

Bob Guiney the former bachelor attended the Maxim & Maker’s 46 Fillies & Stallions party and was joined by many female admirers. When asked how he felt about this season’s bachelor Sean Lowe he laughed and said times have changed when we now have a virgin bachelor. 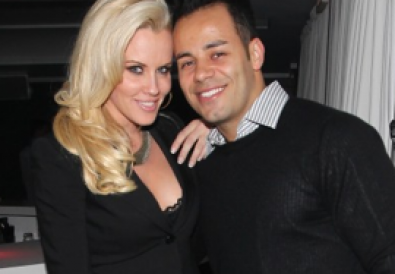 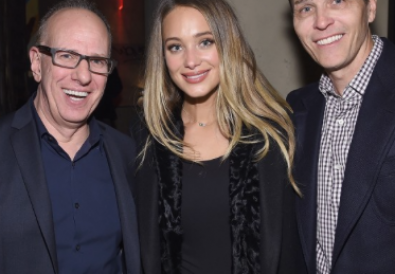