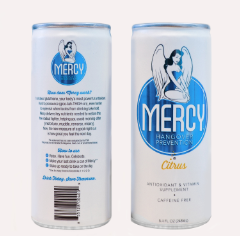 Awards Season might be the most glamorous time of year, but a month of red carpets, open bars and all-night after parties can take a toll on your well-being. With the Oscar’s right around the corner, Hollywood’s elite and film fans alike share the same common dread – Monday morning.

Whether you’ll be celebrating from inside the Dolby Theater or from your own fabulous viewing party, you too can wake up feeling like a winner thanks to Mercy – the first-of-its-kind hangover prevention beverage. Mercy is a caffeine-free, non-alcoholic drink packed with vitamins and amino acids that help fortify your body against the damage caused by alcohol. Enjoy one can of Mercy for every 3 to 5 drinks, and you’ll wake up feeling revitalized and equally glamorous the next morning.

Drinking is not science, but preventing a hangover is. Whether you’re sipping a martini or a flute of bubbly, all alcohol produces a toxin called acetaldehyde, which is 30 times more dangerous than the alcohol itself. Mercy’s high quantity of B1 (thiamine) is crucial to the preventing a hangover – working with amino acids to help break down acetaldehyde. The Mercy team, which includes a master mixologist and top flavor consultants, has succeeded in creating a drink that is not only a morning-saver, but is also crisp and refreshing to enjoy.

When you wake up on a Mercy morning, the early alarm and cruel responsibilities of Monday will appear much less daunting. So fear not, film enthusiasts and devoted partygoers – toast the nominees with confidence that you can rise and shine the next day hangover-free. 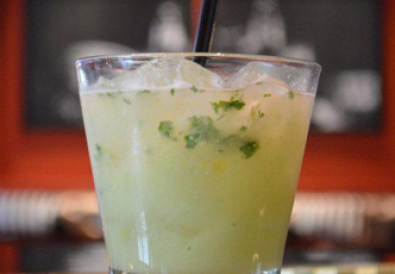 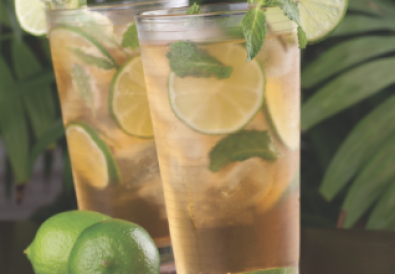