by tips6247
The TIPSY Closet Tipsy Around Town
133 comments 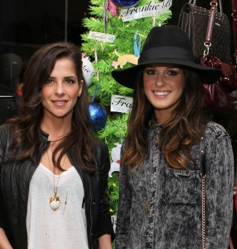 Rutherford’s smile matched her sparkly Frankie B. Denim that polished off her stylish look from head to toe. “I love Frankie B. jeans because they are so cute and comfy – that’s hard to find in stylish jeans!” With Christmas less than three weeks away, Gossip Girl’s Rutherford is looking forward to spending the holiday in New York relaxing since Gossip Girl had their last take. “We are done shooting for the season, but I can’t say a word about the finale!” Rutherford said. “My lips are sealed and the script has a big ‘X’ on it!”

Dancing With The Stars’ Monaco also joined Rutherford in the Frankie B. festivities rocking Frankie B. Denim, with a loose white tee and blazer. “Frankie B. jeans are the best because I am so tiny it is really hard for me to find a fit that are just right and these are my favorite!” Monaco was relieved to be able to go out after taking her first day off since Aug. 13 when Dancing With The Stars began.

The evening brought together celeb fans to highlight their favorite denim brand. The unique shopping celebration provided guests with a manicure station by NCLA Los Angeles, braid bar by Nine Zero One Salon as well as edgy lip tattoos by Violent Lips along with flavorful hors d’oeuvres by Tiaras Café and refreshments from funkin cocktails. 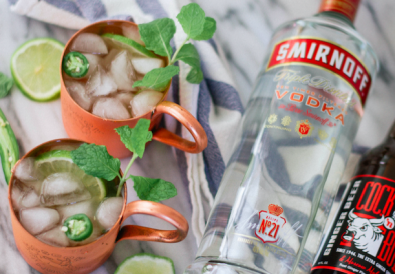 With These SMIRNOFF VODKA Cocktails, You’re Guaranteed the Title of Friendsgiving MVP! 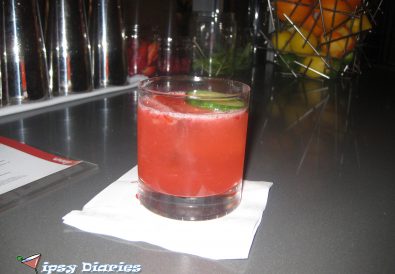 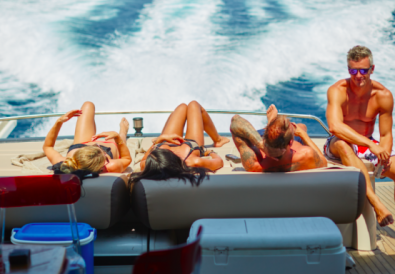 The Only Accessory You Need For Art Basel – YachtLife