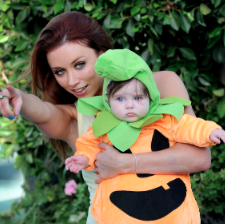 It’s hard to believe that Una Healy of the UK’s hottest band since The Spice Girls, The Saturdays, gave birth to her first daughter, Aoife, seven months ago! Una is married to England’s national rugby union player, Ben Foden. Una was spotted in Los Angeles yesterday without the rest of the girls modeling baby Aoife’s cute-as-a-pumpkin Halloween costume. The Saturdays are excited to celebrate Halloween stateside this year and were overheard discussing their “devil” costume ideas at the NYLON Oct Issue Party earlier this week.

Una, along with the rest of The Sats have been recording their highly-anticipated fourth album in the states set to be released in January. As you know, The Saturdays are a multi-platinum-selling girl group with 11 Top Ten singles and 3 Top Ten albums. Their chart-topping singles include the hits “All Fired Up” and “Higher.”

While in Los Angeles the girls have begun preparing for their debut American performance at The Roxy on Tuesday October, 30th. To win tickets to the show and a private meet and greet please visit their website: http://www.thesaturdays.co.uk/news/win-roxy-tickets-alongside-a-meet-and-greet-with-the-sats/ 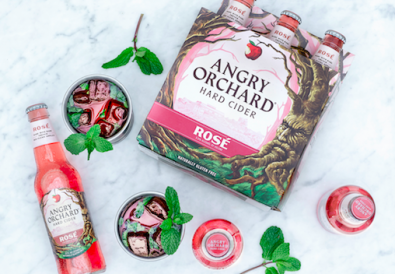 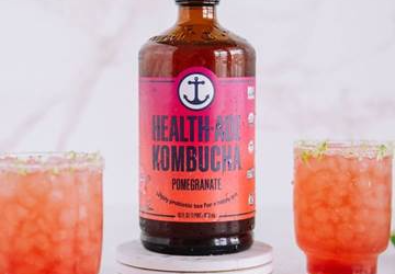