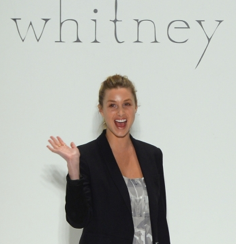 Whitney Eve designer Whitney Port started her journey for Spring/Summer 2013 at the Tower of London. The crown jewels were the catalyst for deeper exploration into geological elements, forming the basis for her signature custom Whitney Eve prints this season.

Known for her evolving work with printed fabrics, Whitney focused on precious stones, crystals, mineral and rock formations for Spring/Summer 2013. These elements were magnified, shattered, and blurred to create this season’s unique prints.

About Whitney Eve: Eclectic and feminine, Whitney Eve is a contemporary collection featuring an array of silhouettes from convertible party dresses to charming menswear-inspired pieces that are complemented by alluring colors and original patterns. Launched in 2008 by designer Whitney Port, Whitney Eve embodies a whimsical aesthetic toughened up with masculine tailoring.

The show featured anklets from Whitney’s own jewelry line Bits & Bobs by Whitney Eve, hair by Marc Mena for Garnier, make up by Dominic Cruz for Kryolan, and nails by Sunshine Outing for Zoya, shoes by Nine West and music by Natalia Romiszewski and Spin Magazine. 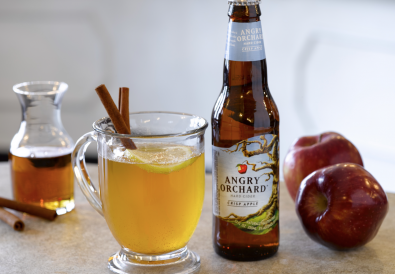 In-Cider’s Guide to the Holiday Season with ANGRY ORCHARD