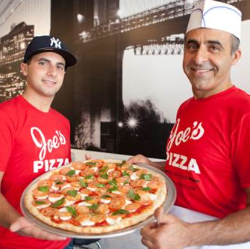 Joe’s Pizza, the popular New York style pizzeria, along with its partners at Muse Lifestyle Group, is proud to announce plans to expand into three new locations in Los Angeles by the end of the year.  With this expansion comes a brand new logo, and the introduction of the company’s first mobile food truck.

Joe’s Pizza currently has one restaurant in West Hollywood and another on Hollywood Boulevard that shares its doors with Muse’s flagship venue, Playhouse Nightclub. Red brick exterior, white Carrera marble countertops and a skyline image of New York City brings a piece of the Big Apple into the City of Angels. The Hollywood restaurant remains open until 4 am to feed late night club goers during Playhouse’s signature after hours.

This summer, Joe’s Pizza and Westfield Mall entered into a new partnership. The Fashion Square Mall pizzeria is slated to open in late September and the Century City location in October. Additionally, the brand will be introducing its first mobile location, a “Joe’s Pizza” food truck, which will hit the streets in September. The Joe’s Pizza truck will offer fresh pizza to hungry fans all over LA, selling it by the pie and by the slice. Its schedule and specific locations will be revealed daily to consumers via social media channels including Twitter and Facebook. The Joe’s Pizza truck will also offer catering for private events in Southern California.

“There’s no doubt that Joe’s Pizza has become the ultimate go-to spot for New York pies in LA. Our secret? It’s all about having the perfect ratio between three basic ingredients: dough, marinara sauce, and cheese,” says owner Giuseppe (Joe) Vitale. “We are beyond thrilled to expand the brand into new locations and share our traditional pies with even more customers in Southern California,” says Joey Vitale Jr., who will be operating the Joe’s Pizza Truck.

Joe Vitale believes in food that is simple and original. The menu features a variety of specialty pizza pies, pies by the slice, heroes, pastas, salads, garlic knots and fresh cannoli. Each pie is made under the watchful eye of Joe himself and follows his original family recipes, passed down by his Sicilian grandmother. Menu highlights include the Meatball Hero, the famous Grandma Pie and Joe’s personal favorite: The White Pie.

Joe’s Pizza is the kind of no-nonsense pizza that New Yorkers rave about and Angelenos are on the lookout for.  Our signature thin crust is light and crisp, our marinara is tangy, and our mozzarella is flavorful and fresh. Family recipes have been passed down from generation to generation, continent to continent, and coast to coast.  Sicilian-born Joe Vitale and his son Joe Jr. keep a watchful eye on what’s being dished out of the oven and ensure that each pie is perfectly crafted. 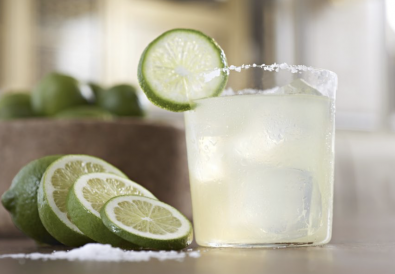 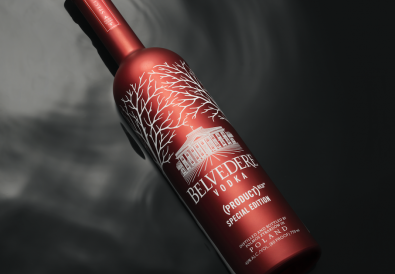 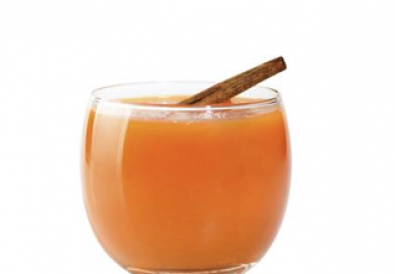