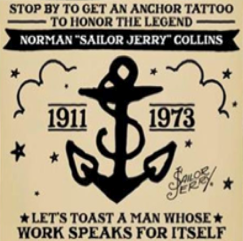 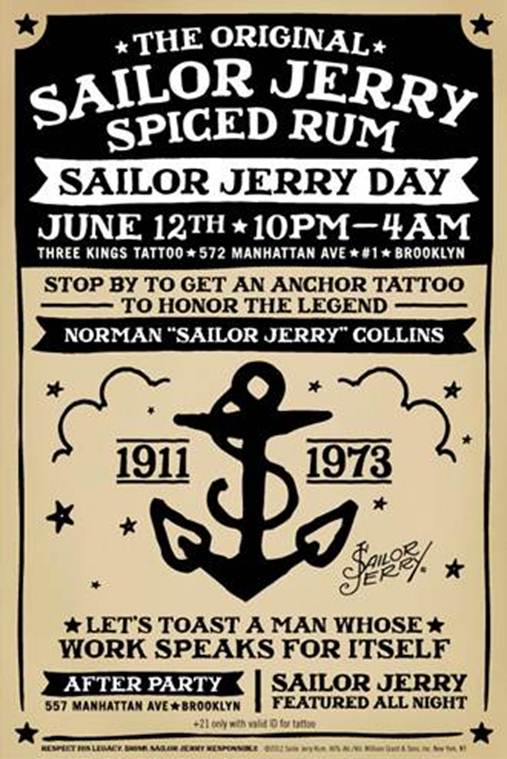 New York – Sailor Jerry, the iconic Spiced Rum, announced it will host a celebration to commemorate the life of Norman “Sailor Jerry” Collins, the father of American tattooing and the inspiration behind the rum brand itself this Tuesday, June 12th.  Recognized as Sailor Jerry Day, June 12th is the date Collins passed away in 1973 and had he lived, he would have been 101 years old this year!

To mark the occasion, from 10PM to 4AM Sailor Jerry will offer 101 complimentary tattoos to the public, featuring the original Norman Collins anchor design at 3 Kings Tattoos in Brooklyn, New York. At the same time, revelers are invited to join in on a nearby celebration at Matchless Bar at 557 Manhattan Avenue in Brooklyn, NY where they can raise a glass to Norman Collins and sip on free signature Sailor Jerry cocktails throughout the night.

The “Anchors At Sea” tattoo, symbolizes the most secure object in person’s life, making it the perfect representation of stability. This is why the anchors will often be emblazoned with “Mom” or the name of a sailor’s sweetheart. Anchors have become popular within general tattoo culture over the years, but the symbolism is still the same; it’s a reminder of what keeps one steady.

Born January 14th 1911, Norman Collins was a hard living, tough Navy sea dog who set up a tattoo shop in Honolulu in the 1930’s. Over the next 40 years, he carved out a unique style that would change the face of tattooing forever. Perfecting a deftly crafted, boldly lined style that blended American design and traditions with Asiatic coloring and sensibilities, the iconic “Sailor Jerry” tattoo has become one of the most recognizable icons of Americana, representing an authentic attitude and spirit of rebellion. Collins also revolutionized the industry by advocating for regulated standards of sterilization and sanitation that are still met in modern day tattoo shops.

“Norman ‘Sailor Jerry’ Collins was an innovator, a master craftsman and a true independent spirit,” said Ken Reilly, Category Marketing Director for William Grant & Sons, Ltd. “He lived life on his own terms and offered no apologies. It’s only fitting that he’d inspire a bold, 92 proof rum like Sailor Jerry. We’re proud to offer his original tattoo art to people and honor Collins’ work and his legacy.”

In honor of the upcoming Sailor Jerry Day this Tuesday, June 12th, Sailor Jerry Brand Ambassador Paul Monahan developed a new Norman Collins inspired cocktail called the Forward to the Past. The cocktail is a modern day celebration of classic rum and coke with Amaro and homemade cola syrup.

Forward to the Past – Norman Collins Inspired Cocktail 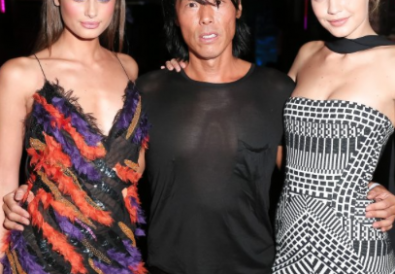 Get Tipsy With Us and VOLI VODKA at the Mondrian TONIGHT!