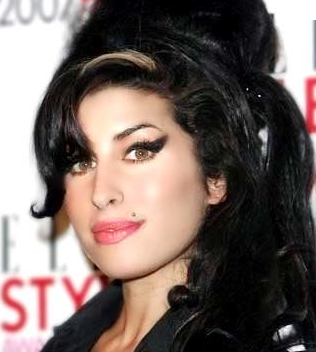 The Winehouse family released the results of the toxicology report today claiming the late singer and troubled diva’s passing was not drug related. It was reported that there was indeed traces of alcohol in her system but not yet concluded to be the cause of death alone. The results have not yet been confirmed by Scotland yard.

“Toxicology results returned to the Winehouse family by authorities have confirmed that there were no illegal substances in Amy’s system at the time of her death,” read a statement released today by family spokesman Chris Goodman.

_______________________
Friends and family gathered in London on the morning of Tuesday, July 26, 2011, to pay tribute and remember Amy Winehouse at a private funeral at the Edgwarebury Cemetary. Friends such as Mark Ronson, who produced Winehouse’s album, Back to Black, and Kelly Osbourne were seen in attendance paying their respects to a dear friend and talented musician.

After the Jewish service, Mitch Winehouse ended his eulogy with the words “Goodnight, my angel, sleep tight. Mummy and Daddy love you ever so much.”

The funeral ended with one of Winehouse’s favorite songs, a rendition of Carole King’s “So Far Away.”

After the funeral, everyone headed to Golders Green crematorium. She was cremated as part of her family’s tradition.

An autopsy held on Monday failed to determine the cause of death. Authorities are awaiting the results of the toxicology texts, which will take 2-4 weeks.

Grammy award winning singer, Amy Winehouse, was found dead Saturday, in her North London home, according to the British reports. Paramedics were called to her home just after 4 p.m. When they arrived, she was pronounced dead at the scene.

Her father flew back to London as soon as he heard the news. The family has spoken out for the first time.

“Our family has been left bereft by the loss of Amy, a wonderful daughter, sister, niece,” said by father Mitch, mother Janis, and brother Alex, in a statement released today.

Winehouse’s mother, Janis, saw her mother the day before and stated that her dying “was only a matter of time…she seemed so out of it.”

The British tabloid, ‘The People,’ reported that Winehouse was seen buying cocaine, heroine, ecstasy, and ketamine, the night before her death.

Best known for her hit song, ‘Rehab’, and her five Grammy’s for her album, ‘Back to Black’, she has been battling with drug addiction for years and most recently checked back into rehab in May. Winehouse’s summer European tour dates were recently cancelled, after an embarrassing performance in Belgrade, in which fans booed her for arriving late and for her staggering performance.

See what the stars had to say about this tragedy…

Kim Kardashian: I just heard the news that Amy Winehouse passed away. What a true talent. I pray she’s in a better place & at peace.

Keyshia Cole: Did you hear about Amy Winehouse? “YES. If this is true. RIP to Amy. Sending my love to her family. God Bless ALL.

Toni Braxton: RIP Amy Winehouse. Despite whatever adversity she was being faced with during her lifetime, she was still a very talented individual.

Randy Jackson: Wow what a tragic loss today in the music world, Amy Winehouse such a talent. She will be missed

Nicky Hilton: Thoughts and prayers out to the family of Amy Winehouse. Very sad situation.

LaToya Jackson: I’m so sorry to hear about Amy Winehouse, we’ve lost another incredible talent! My heart goes out to her family and my prayers R with them.

Gavin Rossdale: So sad and such a waste Amy winehouse-rip-way too soon-all wrong

William Shatner: My thoughts and prayers go out to the family of Amy Winehouse. My best, Bill

Gloria Estefan: It makes me very sad to know that we have no more Amy Winehouse. This is a big loss for everyone who’s going to miss her unique, fresh, and soulful contribution to music, and that includes me. I hope she’s found the peace she so needed.

Bruno Mars: RIP Amy Winehouse. You gave the world something its never heard before. Thank you for being a true inspiration..

Paris Hilton: So sad to hear about Amy Winehouse. What a talent, way too young to die. Addiction is such a deadly disease. She’s now in a better place.

Missy Elliott: My condolences go out to Amy Winehouse family and my prayers to those families who lost loved ones in Norway.

John Stamos: A reminder to respect and be grateful for our gifts. RIP Amy Winehouse. #Imnosaint 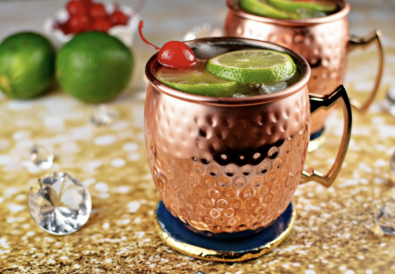