by tips6247
Tipsy Around Town
60 comments 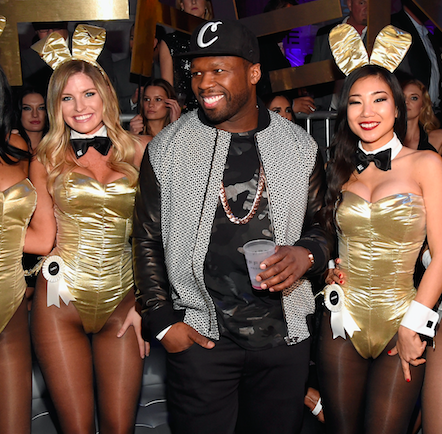 San Francisco – There was lots to celebrate on Friday night at The Playboy Party in San Francisco, as the brand launched its newly redesigned magazine at the most buzzed-about event during Super Bowl weekend. Playboy’s March 2016 issue, its first non-nude version, made its official debut that night (issue on newsstands Friday, February 12), and party guests were some of the first consumers to receive copies via an Instagram activated vending machine.

VIPs attendees arrived at the party through a time portal tunnel, which took them on a visual journey of the history of Playboy and auto sponsor Dodge. Adrian Grenier was one of the first to show up and stayed the entire night as he was later seen chatting with AnnaLynne McCord, who didn’t arrive until nearly one in the morning. Soon after, Jeremy Renner, Jamie Chung with husband Bryan Greenberg in tow, and Nina Dobrev all arrived and were seen enjoying an electrifying DJ set by Alesso. Mark Cuban and Geoff Stults arrived next and were spotted flipping through copies of the newly redesigned Playboy magazine. The party really amped up once 50 Cent arrived and immediately headed to the bar to serve up his super-premium EFFEN® Vodka cocktails to VIP guests. 50 continued to celebrate at his private table with EFFEN® Vodka bottle service delivered by four Playmates in gold Bunny Costumes. Cuba Gooding Jr. was ready to have fun as he stormed into the party and made a b-line to the stage with DJ Ruckus. The “People vs. OJ Simpson” partied it up on stage and later posed for pictures with fans and Playmates. The party also hosted a slew of NFL athletes, including Antonio Gates, Marshawn Lynch, Golden Tate and Terrance Williams, among others.

The party featured an EFFEN® Vodka Molecular Mixology Bar curated by San Francisco cocktail den Benjamin Cooper. VIP Guests were mesmerized by an interactive Dodge hologram experience, while they chowed down on cuisine by a selection of San Francisco’s most notable food trucks, including Mozzeria, El Sur, Curveball and Pacific Puffs. VIP guests enjoyed water by AQUAhydrate and energy by Red Bull. 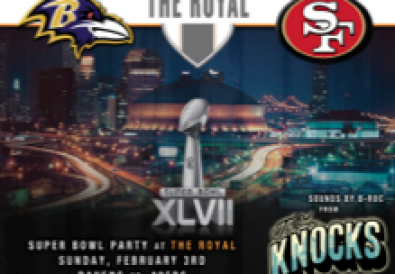