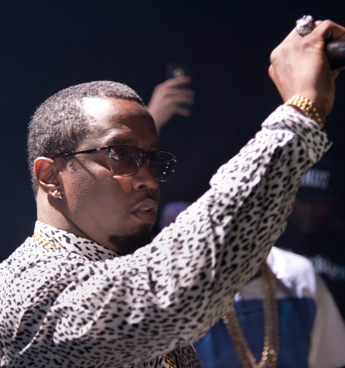 Entertainment icon Justin Bieber checked in to Hard Rock Hotel & Casino Las Vegas with a group of friends on Friday, May 2. The singer and company relaxed in a poolside cabana, enjoyed a late lunch from the world-renowned restaurant Nobu Las Vegas in his suite and ate dinner at the property’s premier dining destination 35 Steaks + Martinis. Bieber took to his Twitter and Instagram accounts to post a photo of himself on his balcony overlooking the Las Vegas Strip saying “my view from @HardRockHotelLV.”

On Saturday, May 3, reality TV starlet of E!’s hit series “Keeping up with the Kardashians” Kylie Jenner checked in to the property and was spotted at Breathe Pool, a destination that boasts a 360-degree view of the property. Jenner posted a photo of herself on her Twitter account saying “good times at the @HardRockHotelLV getting ready to see @FloydMayweather tonight x” as well as a photo of her and Xavier “Lil Za” Smith at the pool on her Instagram account. Shortly after Jenner left, Bieber stopped by the poolside hangout with model Yovanna Ventura; actor Kyle Massey; rappers Khalil Sharief and Blake Kelly; internet personalities Andrew “King Bach” Bachelor and DeStorm Power; and more. The group took over the exclusive area for the day and enjoyed the luxury of having their own private acrylic-edged pool with three peek-a-boo cutouts in the floor that act as skylight windows to the lower level cafe.

That evening, Jenner joined her sister Khloé Kardashian for a late dinner with rappers Karim “French Montana” Kharbouch and Robert “Meek Mill” Williams at 35 Steaks + Martinis. The group indulged in signature menu items before Kardashian, French Montana and Meek Mill headed over to The Joint for Sean “Puff Daddy” Comb’s fight after party. Both Kardashian and French Montana posted to their Twitter and Instagram accounts about attending the event.

Just after 2 a.m., Puff Daddy arrived at The Joint where he hopped on stage with actor Tom Lister, Jr., best known as “Deebo” from the movie Friday, rappers Durk “Lil Durk” Banks and Carlos “King Los” Coleman, and many others to hype up the partygoers. Fans ran over and took photos on their phones as they crowded around the artists. The party officially started when French Montana took center stage and performed his hit songs “Pop That” and “Ocho Cinco” before joining Kardashian back at their table. Additional performances included Puff Daddy singing his new single “Big Homie,” a remix to “Same Damn Time” and the ultimate throwback “It’s All About the Benjamins.” King Los also did an a cappella freestyle and Lil Durk rapped his hit song “Dis Ain’t What U Want.”