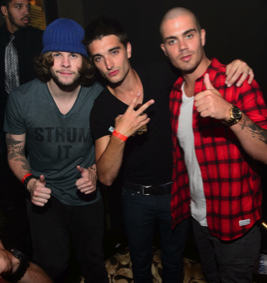 Las Vegas – Saturday afternoon, MMA fighter Ronda Rousey hosted TAO Beach’s Maxim Saturdays safari summer cover reveal party. The UFC Women’s Bantamweight Champion turned Maxim cover girl celebrated the September issue, out on stands now, from a VIP cabana with friends. Rousey signed autographs and posed for photos with fans and hopped in the DJ booth for a quick lesson on the turntables from DJ Skratchy. Also at TAO Beach, Greg Bennett of “The Real Housewives of New Jersey” partied in a VIP cabana with a group of friends.

On Saturday evening, international superstar Priyanka Chopra enjoyed dinner at TAO Asian Bistro with friends. The group fueled up on sushi rolls, dumplings and a few of the restaurant’s signature dishes before heading up to the nightclub. Chopra, best known as a Bollywood actress and singer, celebrated her new hit single “Exotic” featuring Pitbull with a packed house of fans from around the world. Taking over the DJ booth, she pumped up the crowd as her brand new single blared throughout the club. Chopra showed off her DJ skills alongside DJ Vice, playing one hip hop classic after another before returning to her VIP table on the dance floor to enjoy the rest of the night with friends.

Members of the boy band sensation The Wanted were also spotted at TAO Nightclub. Max George, Tom Parker, Jay McGuinness and friends were seen at a VIP table on the dance floor where George’s brother celebrated his birthday. DJ Vice shouted the band out and fans went wild, turning to get a glimpse of the music stars. The group enjoyed the club scene and partied the night away.

Inside Scoop: Max and cocktail server spoke about him loving London, but choosing to live in Manchester to be near home and family as well as about being in the UK for six months and the US for six months. 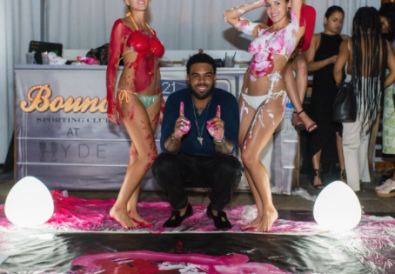 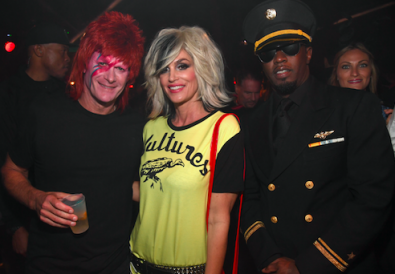