Celebs Party at TAO, Marquee, & LAVO Over the Weekend in Vegas 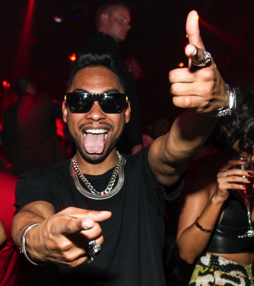 Las Vegas – Over the weekend at TAO Nightclub, singer Miguel headlined the MAXIM Music Weekend event while in town for his Billboard Music Awards nomination and performance. Stopping on the red carpet to pose for photos, he was joined by girlfriend Nazanin Mandi and friends before making his way to a VIP table. Hit music-maker Will.I.Am as well as Jennifer Lopez’s beau Casper Smart joined the group, and comedian Kevin Hart, who also had a table that night, stopped by to chat with the singer as well. Shortly after arriving, DJ Mr. Mauricio announced Miguel to the stage. The room roared with cheers and applause as phones filled the air and all eyes turned toward the singer. Performing several hit songs, Miguel captivated the crowd with a spectacular delivery of “Sure Thing,” and “Adorn.” After his performance, he returned to his table and was surprised with a cake congratulating him on all of his success.

Rapper Theophilus London was also spotted partying at a VIP table at TAO that night as well as NBA star Chris Paul, who started his night at TAO Asian Bistro before overlooking the club scene with his group in a skybox.

At Marquee, Aaron Paul and fiancé Lauren Parsekian kept the celebration going in the Library Room surrounded by a large group of friends. Aaron rocked a bow tie and Lauren donned a veil in preparation for their wedding next week as the lovebirds were seen dancing and canoodling. They were also surprised with his and her cakes. The groom’s cake was designed by Aaron to look like the steps in Paris near the Eiffel Tower where he proposed to Lauren and included a special inscription: “My pretty bird, thank you for loving me.” The happy couple sealed the night with a kiss.

At LAVO, actress Chloë Moretz was spotted in the dining room with a small group. Chloe, who has been featured in titles such as “500 Days of Summer” and “Hugo” among others, enjoyed the Kobe Meatball, Chicken Parmigiano and other Italian specialties. 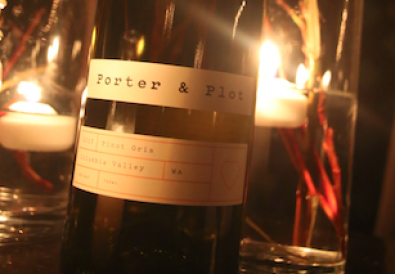 Turkey Day Cocktails To Be Thankful For with HORNITOS TEQUILA 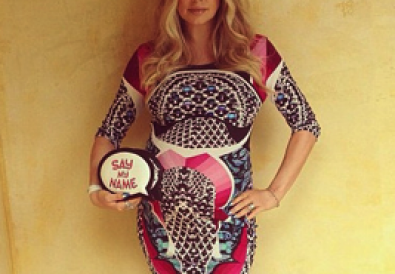