by tips6247
Tipsy Around Town
23 comments 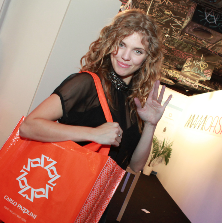 VIP salon services, live DJ sets and even a tattoo parlor made for the perfect Miami Oasis in the middle of a winter wonderland. Miami Oasis At the Village at the Lift offered celebrities, media, and inﬂuencers a relaxing escape from the hustle and bustle of festival activities.

The DISARONNO cocktails consisted of The Belucci, a twist on a Bellini—a light “daytime-appropriate” cockatil; the Dr. Burton, said to have a digestive effect to calm the stomach and ease the “night-before” drinking, and the refreshing Strawberry Lime Rickey, or spirit-forward Godfather IV.

In addition, guests worked up a sweat muddling their own cocktails at Patrón’s build-your-own mojito station. Tipsy Diaries can now muddle like the pros!

Guests munched on Udi’s Gluten-Free Foods including gluten-free cinnamon rolls, sandwiches, pizza, brownies and cookies leaving people constantly craving more! Snacks also included Sabra hummus. In tribute Miami’s hot music scene, attendees rocked out with SOUL by Ludacris Headphones. Despite being covered up in snow attire, some brave guests channeled the essence of Miami and got inked up with real tattoos by Code of Conduct’s Jason Hoodrich. Chapped lips and dehydration are the norm at Sundance, but Miami Oasis attendees avoided these ailments by loading up on a variety of goodies by Burt’s Beeswax and Vita Coco Vitamin Water.

Despite being exhausted from various Sundance activities, Elizabeth Olsen had a blast checking out Miami Oasis. She was grinning from ear to ear!

Ariel Winter was all smiles as she posed with fans and graciously thanked them for enjoying “Modern Family” while at Miami Oasis.

Lil Jon rocked out with SOUL by Ludacris headphones…

Check out all the swag in the bag from Miami Oasis!

*in addition to all these goodies, EBOOST, an energy drink mix, was also included! Definitely helped Tipsy Diaries get through the craziness of Sundance! Their motto “Drink smarter, play harder-Energy+Recovery” sums it all up! 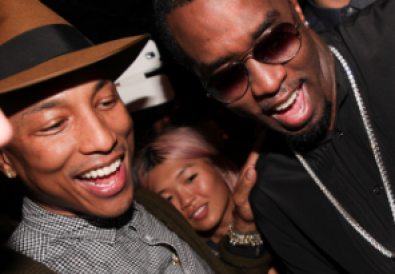 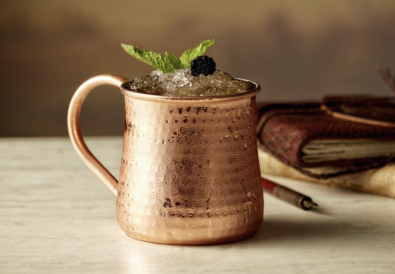