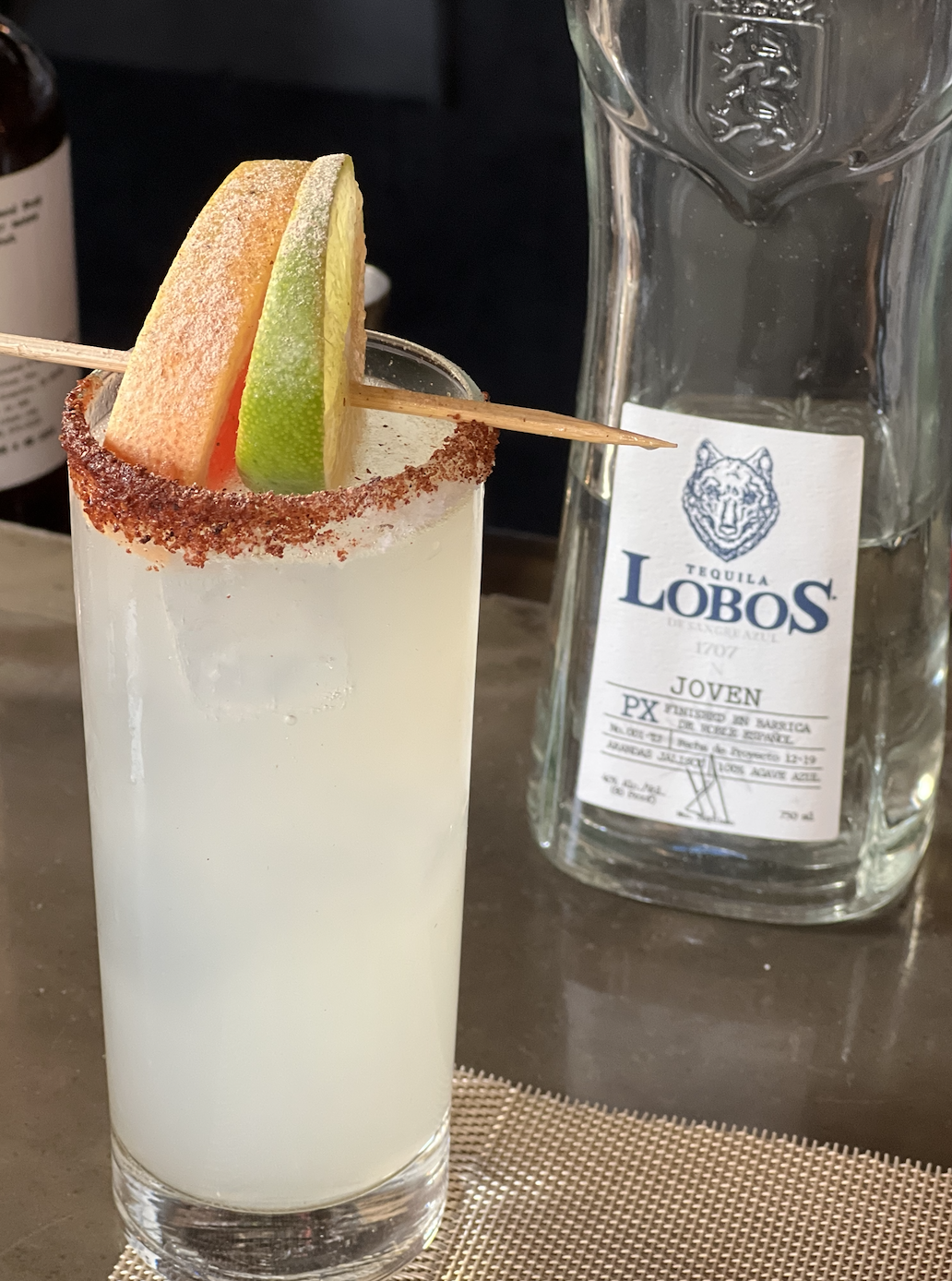 Cinco de Mayo, the yearly celebration held on May 5, commemorates the anniversary of Mexico’s victory over France in 1862. While in Mexico it is a relatively minor holiday…in the United States, especially in areas with large Mexican-American populations, people go all out to commemorate Mexican culture and heritage.

Now, let’s talk turkey, I mean tequila. The first versions of tequila date back to 1000 B.C., when it was known as pulque. The 1500’s introduced the distillation process used for the agave plant to make tequila. In the 1600s, the first large-scale distillery was opened in present-day Jalisco, Mexico. In the 1700’s, commercial production of tequila began. Today, in order for tequila to be classified as tequila, it MUST be made from blue agave, which is primarily found in Jalisco, Mexico.

Now that you have a brief history of Cinco de Mayo and tequila, we all know that you can’t throw a celebration without this kindred spirit; regardless of the occasion, but even more-so on Cinco de Mayo. That brings us to Lobos 1707 Tequila, our tequila of choice this Cinco de Mayo. The story of Lobos 1707 began in 1707, as the name suggests. Diego Osorio, the founder’s great great grandfather learned about Blue Weber agave and would transport it in sherry wine barrels to his native Spain. To this day, Master Distillers from Mexico AND Spain are involved in the Lobos process. Now cut to today, Diego Osorio, a descendant of the Osario family, has recreated and refined the recipe.

With CEO, Dia Simms, formerly of Combs Enterprises, and Shareholder, Lebron James, Lobos has been making a name for itself in the industry and can be found at the hottest restaurants, bars, parties, and events around the US.

Now let’s get to drinking! In honor of Cinco de Mayo, I hit the streets of NYC for our Lobos 1707 TIPSY Tour. I started up in Harlem and made my way down to Lower Manhattan, having a Lobos 1707 tequila or mezcal cocktail at each venue.

I started our Lobos 1707 Tipsy Tour up in Harlem at 67 Orange, a well-known speakeasy and cocktail destination. The history of 67 Orange is also worth-mentioning; “Under the shadow of slavery and a growing prohibition movement in the 1840’s, Pete Williams established Almack’s, one of the first black-owned and operated bars in New York City…in Five Points, a neighborhood notorious for crime and written off as a slum…Pete transformed the area into a popular and vibrant cultural space.” The name, 67 Orange, is a tribute to the address where Almacks last stood. More history here.

I walked in to 67 Orange, sat at the bar, and met Head Bartender, Leo Dassi. Leo mixed me up a Paloma with Lobos 1707 Mezcal. A Paloma, typically made with tequila, was even better with mezcal. The slight variation, adding the smokiness of mezcal, to grapefruit juice, was surprisingly, very good! A must-try.

Another cocktail that Leo made for me was “The High Five,” made with Lobos 1707 Mezcal, saffron, genepy, and lime. Also VERY good!

My second stop on the tipsy tour was the scene-y Greek Islands-esque venue, KYMA Flatiron. When walking in, you feel as if you’ve been transported to the Mediterranean, from the whitewashed decor to the modern touches. Add in the fresh seafood and cocktails, and you have no reason to hop on a plane. They also just opened a new location in Hudson Yards that I hear is beautiful.

I strolled up to the bar and the bartender, Uriel, insisted that we mix things up a bit; in all sense of the word. He recommended that I try the Axia Mojito, that he made with Lobos 1707 Reposado, in place of the rum. Personally, I found it to be better with tequila than the typical rum mojito, but that’s just me. Try for yourself.

For my second drink, Uriel insisted that we go rogue. This time around he made me an Old Fashioned made with Lobos 1707 Reposado, which replaced the typical bourbon. Again, I enjoyed it even more than a regular Old-Fashioned. And again, a must-try for yourself.

Third stop; Añejo Tribeca, the fun, vibrant, and lively Mexican restaurant in lower Manhattan, should be on your list if you’re looking for a fun night out, with a lot of tequila and mezcal of course. The sequel to their Hell’s Kitchen outpost, I actually prefer this location.

When pulling up to the bar, I was greeted by their bartender, Marcos, who was awesome. As I was sitting at the bar, I was told that the Lobos CEO, Dia Simms, would be coming in that afternoon for a visit to Añejo (completely random!). I mean, now, what are the chances?! I had the opportunity to briefly chat with Dia, which ended up being the perfect addition to our Lobos Tipsy Tour.

Back to the drinks. Marcos recommended that he make me a Paloma with the Lobos 1707 Joven. Light and refreshing, it was the perfect cocktail after that bold but tasty old fashioned that I had at KYMA.

Then, Dia ordered up 20 shots of Lobos 1707 Reposado for the bar. When I do shots, I typically stick with silver tequila, however, this shot of Reposado was smooth! Highly recommend.

Surprisingly, this was my first margarita on the tipsy tour. I ordered a regular Margarita made with Lobos 1707 Joven. The Lobos Margarita, paired with my chicken quesadillas, mixed with the nightly jazz tunes, was quite the experience. I recommend checking out this spot if you’re looking for something different.

The second to last stop on the tour was TAO Downtown. Located in the heart of Chelsea, this trendy outpost is known around the US and the world for its fun party atmosphere, ambiance, clientele, decor, and food & beverage options. The multi-level space houses a restaurant, bar, and nightclub; they’ve got it all.

I sat at the bar and ordered one of their specialty cocktails off the menu; The Mango Chili Martini, made with Lobos 1707 Joven. It was so very good! Like a spicy margarita but in martini form.

I made it to the end. One more drink to go. LURE Fishbar, the upscale fish restaurant, is famous for its luxury yacht like interior & hopping bar scene, right on Mercer Street in SoHo.

When I arrived, the bar was packed, as was the restaurant. Clearly the place to be. Lucky enough, I managed to finagle a seat at the bar. I opted for their Spicy Margarita made with Lobos 1707 Reposado.

6 venues and 6 Lobos 1707 cocktails down, and I’ve come to the end of our Cinco de Mayo Tipsy Tour. It was a long one. I was pleasantly surprised with how versatile the Lobos was, considering the mezcal was used in a Paloma and tasted great, and the tequila was used in a mojito and old fashioned, and tasted even better than with the original ingredients. More-so, the shots of Reposado were light and smooth, with hints of red wine, oak, and cocoa. 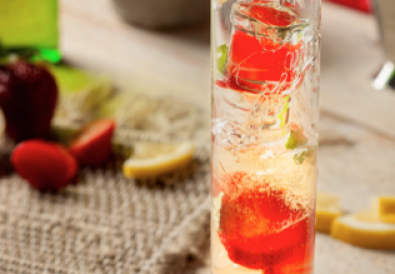 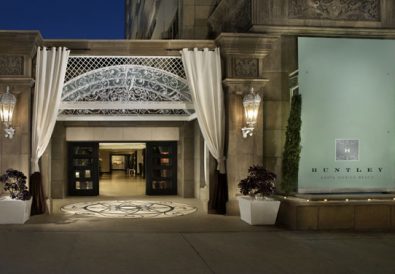 The Penthouse, The Huntley Hotel 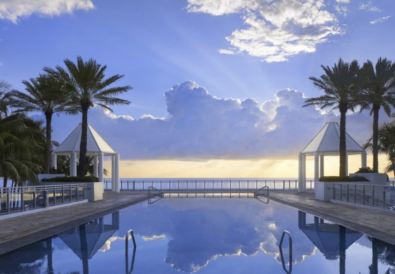