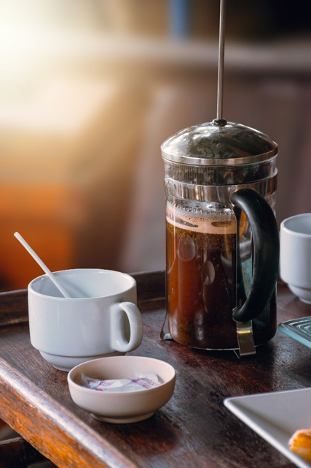 French press coffee making is unarguably one of the oldest and most widely used coffee methods around the globe – with the first documented origins dating back to the mid-1850s.

The basic mechanism of a French press is based upon immersion coffee brewing. This mechanism is quite simple – coffee grounds and hot water steep together for a while and then filtered to separate the coffee grounds from the liquid.

However, as simple as it may sound, there are still some facts that you, as a coffee lover, should know about this coffee brewing method.

If you are not a fan of the sediment that you get using a French press, then there is an easy way to get rid of it. You can simply skim the surface using a cloth filter or a paper and the amount of sediment will decrease a lot.

Once your coffee is almost ready in a French press, just a few seconds prior to the finished brew, take two spoons and slowly skim the surface of your coffee in order to get rid of the unwanted grounds.

Having said that, you need to make sure that you do not keep on doing this for more than 25-30 seconds. The grounds that are at the bottom of your French press still release flavors and too much skimming would mean they might over extract.

The skimming process will not take out the muddy sediment completely, however, it will bring down the sediment amount into your final cup of coffee.

Yes, there have been a lot of myths about coffee consumption since quite a long time now – but not all things that you hear about coffee is a myth. As far as health elements are concerned, it is a scientific fact that people with LDL cholesterol are advised to avoid coffee made through French press.

LDL (low-density lipoprotein) cholesterol tends to build up in your arteries over a certain period of time and eventually, can adversely affect the blood flow to your heart due to blockage and formation of plaque in your arteries.

If the blood flow gets to alarming levels, then it can result in a possible heart attack.

Fact # 3 – Do Not Squeeze the Squashed Grounds

There are a lot of people and even baristas at coffee shops that would wait for the timer to beep and then they would press down the plunger. After that, they pour the coffee into the cup and when it’s almost full, they pull down the plunger again in order to get the last drop they possibly can.

This is a very wrong step in the French press coffee brewing technique. Being a coffee lover, you need to know that all the sweetening effect and aromatic delight that you get is during the French press brewing time. When you stop the brewing, it means that the bitter extracts were not allowed to pass on to your mug – that’s the whole point.

However, if you squeeze it till the end, it means you let those bitter flavors pass through into your mug and give you an unwanted bitter taste.

This is something that a lot of us might know, but still tend to be casual about it and can easily overlook or ignore it. Setting the right water temperature is one of the key elements in getting the right sort of taste to your final cup of coffee made through the French press technique.

According to experts, the right temperature for French press coffee is somewhere between 195 and 205 Fahrenheit. Anything below or above this range can result in under-extraction or over-extraction – resulting in either too fine or too bitter taste.

It is advised to have a thermometer with you for measuring water temperature, however, if you do not have one, you can boil water and then leave it to cool for 1-2 minutes to get the right water temperature for your French press.

Fact # 5 – Steep Time Should be Ideal

Remember, when you are making your coffee using a French press, there are not much aspects or steps associated with it. The overall mechanism is quite simple and transparent. However, that does not mean that you don’t have to pay attention to what is going on.

There are only two major parts associated with a French press – the carafe and the plunger. You add water, ground coffee, let it steep and finally press the plunger. Yes, that is correct – but don’t you think we moved on swiftly in our last statement?

We did not pay too much attention to the ‘steep’ part and just went ahead rather too quickly. That is what happens to most of the people who use this method for coffee brewing. The steeping part plays the vital role in the final flavor of the coffee beverage that you get from a French press.

The ideal steeping time is four minutes and thirty seconds. Again, if you have a stopwatch app in your mobile phone, use it. This will certainly be a better thing to do instead of guessing the time and getting it wrong most of the times.

Anything less than four minutes would mean your coffee is weak or too fine, and anything more than 4 minutes and thirty seconds would mean your coffee is too strong or bitter. You certainly do not want either of that – so stay in the mid of those two extremities by getting the right, full-bodied and balanced taste in your French press by following the ideal steeping time.

Regardless of all the negative or positive things that you get to hear about French press coffee making methodology, it still is one of the most loved coffee brewing techniques around the world.

Apart from the health concerns that do have scientific proof, for all other elements that you hear about the French press, we advise you to give it a thorough research before believing in them. A lot of those could be just misquotations and misinterpretations. 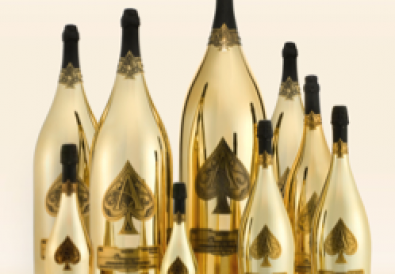 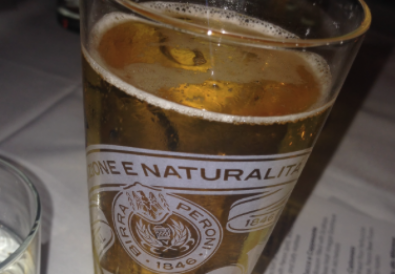