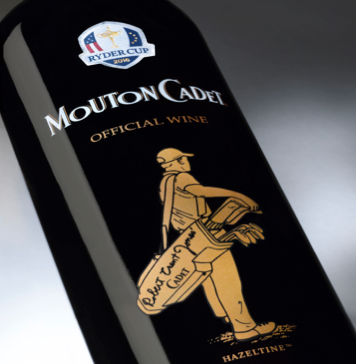 New York – To celebrate Mouton Cadet – @MoutonCadetUS – as the Official Wine of the 2016 Ryder Cup, Baron Philippe de Rothschild SA has partnered with wine lover and legendary golf course architect Robert Trent Jones, Jr. to design this year’s Ryder Cup limited edition. This special Mouton Cadet cuvée will be the official wine of the 2016 Ryder Cup at Hazeltine National Golf Club in Chaska, Minnesota – Sept. 27 – Oct. 2, 2016 – allowing wine lovers and golf enthusiasts a chance to enjoy a part of one of the most prestigious sport events in the world.

“The relationship between Mouton Cadet and the Ryder Cup began in Europe at the 2014 tournament, played in Gleneagles, Scotland. The partnership aligns two like-minded pursuits – golf and wine – and we are delighted to join the Ryder Cup on this side of the Atlantic for the very first time,” added Hugues Lechanoine, Managing Director of Baron Philippe de Rothschild SA. “When I met Robert Trent Jones, Jr., we discussed links between golf and wine, and he spontaneously said yes to working on the design of our Ryder Cup Cuvée. We are delighted to collaborate with him on this exciting and meaningful project.”

With that history as inspiration, Trent Jones, Jr. sketched an idea for a bottle design of Mouton Cadet Ryder Cup Special Cuvée, a drawing of a caddie – which serves as a tribute to his father, as well as to Baron Philippe de Rothschild, creator of Mouton Cadet and “cadet” of his own family.

“I am extremely honored to partner with Mouton Cadet on the design of this bottle,” added Trent Jones, Jr. “Wine – like golf – is about passion, respect for nature, etiquette and sharing moments in life. A golf course architect and a winemaker share a similar approach to their work: cultivating the land they are given, being true to the environment, enhancing the most pleasing elements of a landscape or a wine, providing either course challenges or tasting pleasures. The Ryder Cup brings together great golfers for a competition where team spirit means more than individual performance, exactly as blending wine brings more than one single varietal to create a special cuvée.”

The Mouton Cadet Ryder Cup Special Cuvée will be available from the end of March at Hazeltine National Golf Club , as well as fine retailers in New York such as Sherry Lehmann (SRP $14.99). Starting in the summer of 2016, it will also be sold in selected markets (Florida, Illinois, California, Texas, New Jersey, Massachusetts, New Hampshire and Minnesota). The wine will also be served at Hazeltine National Golf Club during the 2016 Ryder Cup from Sept. 27−Oct. 2, 2016.

Follow @MoutonCadetUS on Instagram for news and updates on Mouton Cadet, Official Wine of the 2016 Ryder Cup. 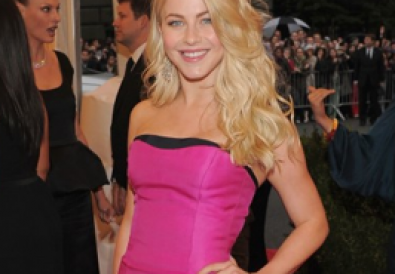 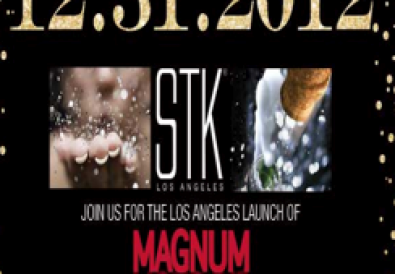 Magnum Monday’s with MOET on NYE at STK Los Angeles