ALL-STAR Cocktail Lineup for The 2016 OLYMPICS

Kick off the 2016 Summer Olympics in Rio de Janeiro with ALL-STAR cocktails from spirits all around the world. Serve up these refreshing libations at your Olympic viewing parties with brands like Scottish Drambuie, All-American Sailor Jerry Spiced Rum and Hudson Whiskey, Icelandic Reyka Vodka and Mexican Montelobos Mezcal and Ancho Reyes Liqueur.

Infuse one tea bag in up to 1/2 cup of Drambuie for 1 hour. Remove bag squeezing out excess. Combine all ingredients in a tin and shake. Double strain over fresh ice. Garnish with a lemon wheel.

Drambuie is made from a delightful combination of scotch whisky, heather honey, herbs and spices. Cocktail created by Drambuie Brand Ambassador Vance Henderson.

Shake Sailor Jerry and orange juice with ice, pour into a beer glass full of ice and top with beer.
*We encourage you to experiment with different types of beers.

Add apple slices, simple syrup, and two or three mint leaves to shaker tin (or pint glass half of ‘Boston Shaker’) and muddle together. Add Hudson Four Grain Bourbon and ice and shake well. Strain over fresh ice in Old Fashioned/rocks glass and top with splash of ginger ale. Float port (or wine) on top of the drink by pouring carefully over the back of a bar spoon. Garnish with mint sprig.

Hudson Whiskey, the first legal pot-stilled whiskey distilled in New York state since prohibition, sources 90% of its grains from within 40 miles of the distillery.

Build the cocktail over ice, shake, and serve in a Collins glass.

Reyka Vodka is an Icelandic born vodka and provides a smooth and crisp base for both complex and simple cocktails. Cocktails created by Reyka Brand Ambassador Trevor Schneider.

Using a lime wedge, wet the rim of an old fashioned glass, salt it, and set aside. Combine all ingredients in a cocktail shaker. Add ice, shake, and double strain over fresh ice into the glass. Garnish with a lime wedge. 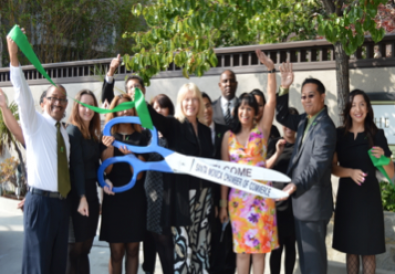 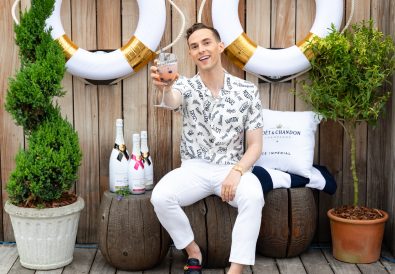 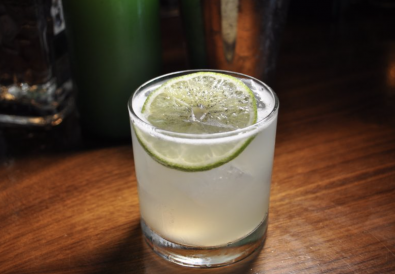