Private guests were transported to the French Riviera via a secret entrance through a traditional French bakery for an immersive experience created by an influential roster of culinary, cocktail, and music partners, in an effort to showcase the essential ingredients for an extraordinary summer.

On the music front, GREY GOOSE collaborated with French music label, Kitsuné, featuring a live performance by Rüfüs du Sol, and DJ sets by Zimmer and Olugbenga (Metronomy), baking prodigy Adam Leonti of Brooklyn Bread Lab to create artisan breads inspired by the finest French ingredients that comprise GREY GOOSE vodka, and a selection of New York’s best bartenders to craft exceptional cocktails. To top it off, the world’s most intimate martini cocktail bar, the GREY GOOSE Camionette, was parked out front, taking appointments for private consultations, where guests will have the opportunity to tailor the vodka martini cocktail to their own personal taste.

To kick off the evening, Adam Leonti, who played host to the Boulangerie, hosted private bread-making classes for invited guests. Known for baking delicious artisan loaves of freshly-milled, whole grain breads, Leonti’s traditional farm-to-table methods echo those of the GREY GOOSE approach. Just as Leonti applies a hands-on approach focused on locally-sourced, sustainable ingredients, GREY GOOSE Creator and Cellar Master Francois Thibault oversees every step in the creation of GREY GOOSE vodka from field to bottle – a process that begins with personal selection of the finest French ingredients and a careful process which ensures that their natural characteristics are captured in the final spirit.

Following the class and a casual outdoor cocktail reception overlooking the Brookfield Place marina, guests were invited to sit for dinner, which was provided by Le District’s Chef de Cuisine, Nicolas Abello. Guests enjoyed a three-course meal specially created for the event, paired with GREY GOOSE cocktails designed to mimic the taste profiles of different wines.

As the sun set on Manhattan, Zimmer provided the soundtrack to get the after party started. While some guests continued to mingle outside and snap photos with friends, most packed into Le District for post-dinner dancing and grabbed a refreshing GREY GOOSE Le Grand Fizz cocktail. Australian electro-pop trio Rüfüs du Sol took to the stage after Zimmer’s set and brought down the house with performances of fan-favorite hits, “Brighter” and “Say a Prayer for Me.” To close out the night, Metronomy bassist Olugbenga jumped on the decks, and kept guests on their feet until the lights came on. 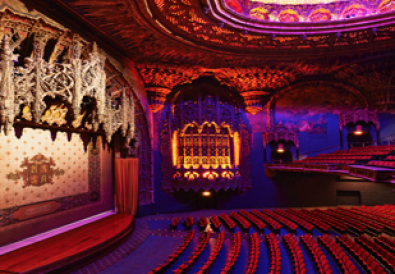 The Art of Elysium Presents GENESIS 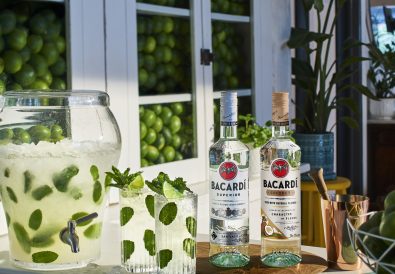 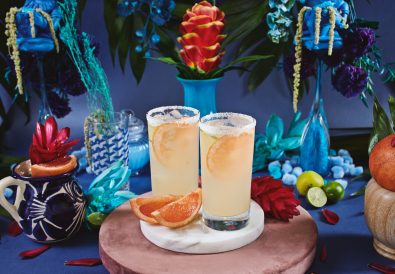 Toast the Oscars with a ‘Roma Paloma’ from TEQUILA CAZADORES