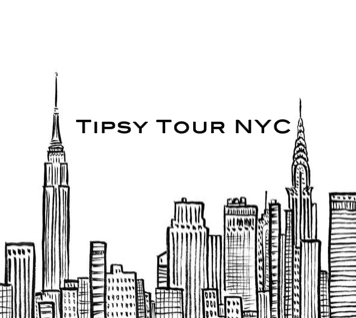 Last week, between Christmas and New Years Eve, Tipsy Diaries hit the streets of Manhattan to GET TIPSY, and tipsy did we get! As if we needed and excuse for more booziness after weeks of holiday indulgences!

We couldn’t resist the opportunity to extend our holiday fun at some of New York City’s best hotel bars and restaurants.

Tipsy Tour NYC looked a little something like this:

*Disclosure: Not for the faint of liver.

We started out at the luxury New York boutique hotel, Hudson Hotel. Located in Midtown Manhattan, just steps away from Central Park and Columbus Circle, Hudson is a hidden oasis among the hustle of the city. Even better, this elusive oasis offers various spots to get your drink on. The Hudson Common, Hudson Bar, Library Bar, and Sky Terrace are all located inside Hudson. Why leave?!

Our first cocktail was the Smoky Pear Margarita. It is made with Del Maguey Mezcal Vida, Avion Silver Tequila, Grey Goose La Poire Vodka, Grand Marnier, & Lime. No room for unnecessary fillers in this one. LOVED it! You get the initial taste of margarita, with a smoky pear after-taste. Perfectly done.

After the Smoky Pear Margarita, we decided to switch it up, and try some beer!..as you can’t visit Hudson Common and not experience their local craft beers. I tried the Hard Pear Cider and a Pumpkin Beer. They were both an unexpected surprise for my palette. Not a big beer drinker, however, these were both light enough, with just the right amount of flavor.

Next up on our Tipsy Tour of NYC was The Cellar Bar at The Bryant Park Hotel.

The Bryant Park Hotel, located just across the street from Bryant Park, has emerged as a ‘Designer Luxury Hotel,’ known for catering to the fashion, Hollywood, and film industries. It is recognized worldwide for its commitment to luxury service and accommodations.

Downstairs, the hotel’s cavernous gothic lounge, The Cellar Bar, sits. Walking down to the bar, we were waiting to see King Henry or King Richard. This popular after-work and late night spot also creates a buzz for celebrity and people watching.

Okay, so you might not see King Henry or King Richard, but you might just meet Coco, Oscar, Hugo, Calvin, & Betsy. In liquid form.

We started out with the COCO cocktail. Made with Old Forester 46 Bourbon, Pumpkin Vodka, Creme de Cacao, Coconut Milk with a touch of cinnamon, coriander seeds, peppercorn-infused honey, and garnished with grated nutmeg.

As our server, Kristin Muri, explained “If Eggnog and a White Russian had a baby, the result would be ‘COCO.’“

After the COCO, we changed up the flavors AND booze, and tried the BETSY cocktail. Made with muddled blackberries, La Quintinye Vermouth Royal Rouge, and topped with Prosecco.

At our third stop, STK Midtown, we were able to continue our road to tipsy AND indulge our appetites! It was magical.

STK Midtown is located right by Bryant Park and a ‘New York minute’ away from the theatre district.

When walking into STK, as is consistent among all of their venues, you feel as if you’ve walked right into the ‘perfect night out!’ They’ve blended their modern steakhouse with their chic-lounge, to emit a vibe like no other. The One Group know’s what’s up! And for a Monday night, it was packed!

Our first drink at STK was the ‘Strawberry Cobbler Cocktail.‘ And ummm…it doesn’t get much better than this! Made with Belvedere Vodka, muddled strawberries, simple syrup, sour mix, and then shaken and served up with a graham cracker crust. One of our all-time favorites.

Next up, The Brooklyn Sour! This pretty little thing is made with Woodford Bourbon, Lemon Juice, Simple Syrup, Malbec Float, & Absinthe.

After taking down these STK cocktails, we needed a break! Only halfway through the tour, we were thankful for food!

Check out this spread!…

Mini-sliders, parmesan truffle fries, and tuna tartare. We should’ve incorporated a nap-time into this tour.

After our mini side tour through heaven, we ended our tipsy stop at STK with the Naughty or Spice cocktail. This is made with spiced rum, lemon juice, Rekorderlig Pear Cider, & ground cinnamon…

This London-based spot, Hakkasan New York offers Cantonese-cuisine and is located in New York’s theatre district. Similar to it’s London outpost, and as we’ve experienced, one could walk right by Hakkasan in NYC and not even realize. With a very discreet-looking entrance from the street, once you walk through the door, it’s like a ‘secret hide-away’ of modern-luxury.

Our first cocktail at Hakkasan was the ‘prettiest’ cocktail of the night, The Floating Goddess cocktail. This looker is made with Grey Goose Vodka, muddled blueberries, elderflower syrup, & grapefruit juice. Very light & fruity! LOVE!

Next up, The Hakka cocktail. This one is made with Belvedere Vodka, Mizbasho junmai going sake, coconut, passion fruit, and lychee juice. Another light & fruity cocktail, and so so good!

The spherical ice cube in the cocktail even had an ‘HK’ etched into it. Details, details.

We couldn’t leave Hakkasan without trying the Hakka Steamed Dim Sum Platter and some dessert!..The BEST dim sum around!..

The next stop on the tour was The Dream Hotel in Midtown. The Dream was the host of 2 spots on our tipsy tour; PHD Terrace and The Rickey.

PHD Terrace is located atop The Dream Hotel, penthouse status. It offers an indoor and outdoor rooftop space with perfect views of Midtown and Times Square.

There’s nothing better than a cocktail with a view!

Our first drink was the Wild Berry cocktail. Made with Belvedere Wild Berry Vodka, Fresh Berry Medley, and Fresh Mint.

After we got done with these two sweeties and after awe-ing at the view, we headed downstairs to the lobby level of Dream Midtown, to The Rickey.

The Rickey, an inviting craft cocktail lounge, was the coziest spot all night! The Rickey takes it’s name from the 19th & 20th century cocktail known as the ‘lime rickey.’ It brought us back in time to the good ole’ raspberry lime rickey days.

The cocktails were quirky and fun to drink, ESPECIALLY the rickeys! Refreshing!

We’ve finally made it to the LAST stop of Tipsy Tour NYC, The Liquor Cabinet of The Gregory Hotel. We were still standing, we promise. The lobby of The Gregory transforms from Coffee Press to a stylish cocktail lounge that can keep you tipsy all night long.

By the fireplace? YES, PLEASE!

We had the Winter Old Fashioned and The Gregory cocktail…

After our raid, we were down for the count…until the sun came up the next day.

Check back for our next NYC Tipsy Tour. But for the time being, back to LA, for Tipsy Tour Los Angeles. 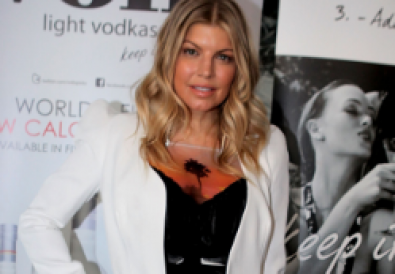 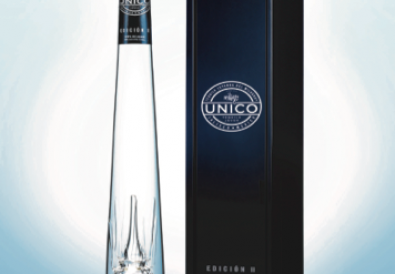 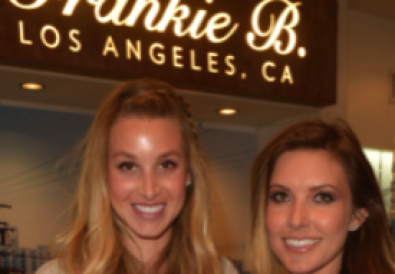