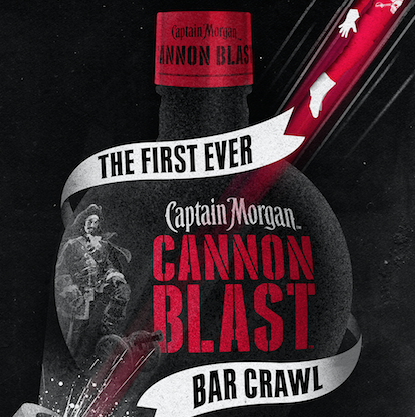 ORLANDO, Florida – Partygoers be prepared to hit the deck and have a serious ‘Blast’ because ‘shots’ are about to be released. Captain Morgan is on a mission to shake things up and increase the level of excitement with Captain Morgan Cannon Blast – the ‘shot to end all shots’ and the unmistakeable signal that fun is about to go down.

To officially welcome the newest addition to the Captain Morgan line-up, the brand will host its first-ever Cannon Blast Bar Crawl. This adventurous spectacle will takeover the Wall Street Plaza in Downtown Orlando, Fla., when human cannonball, Brian Miser is shot from multiple cannons between various bars. Adults looking to witness this Bar Crawl, will watch in amazement as Miser, for the first time ever, performs multiple blasts from different cannons on the same day.

“Everything about Cannon Blast from its taste, packaging and this event is designed to change the pace of responsible celebrations, including anything from hanging out with a large group of friends to seeing a new band for the first time,” said Dan Kleinman, Vice President of Marketing, Rums for Diageo North America. “The Cannon Blast Bar Crawl is one of the most unique and highly-sharable things we have ever done to introduce a new product and we look to continue approaching everything we do with a level of energy that keeps consumers intrigued.”

Cannon Blast features an intensely delicious blend of Caribbean rum and unique bold spices, providing Captain Morgan drinkers with a blast of citrus sweet flavor, followed by a spark of unexpected heat. The product’s innovative packaging includes a cannonball shaped bottle that glows in the dark when featured with a black light.

“Never in all my years did I think that my talents would be leveraged to launch a new shot brand,” said Miser. “To be a part of this experience and bring this type of entertainment to the bar scene is very exciting and showcases the level of fun behind everything related to Cannon Blast.”

Throughout his professional career, Miser has performed more than 6,500 blasts and holds a world record for the only human to ever be shot from a crossbow while on fire. Miser is also the mastermind behind building the cannon, which is meticulously crafted with years of circus secrets. As part of his routine, Miser tenses every muscle in his body before he blasts off. Within a half-second, his body will accelerate to 65 miles per hour, and he will fly 110 feet before hitting a landing pad. Upon completion of the first blast, he will do it all over again to complete the Bar Crawl.

The Wall Street Plaza in Downtown Orlando will be transformed as part of the event. All the festivities will occur at approximately 6:00 PM EST on Saturday, October 17th. Captain Morgan fans unable to join the party can follow the #CannonBlastCrawl on social media channels. For a behind-the-scenes look at the blasts, Funny Or Die will be on the scene streaming multiple LIVE Periscope broadcasts.

Captain Morgan partnered with Campfire at SapientNitro to conceptualize, plan and launch this event and its social components. “As a creative agency, we’re well accustomed to thinking big. But with the CANNON BLAST Bar Crawl, the sky was the limit – literally,” said Jeremiah Rosen, President, Campfire at SapientNitro. “We are proud to partner with clients like Captain Morgan who share our desire to think boldly and create unforgettable experiences.” 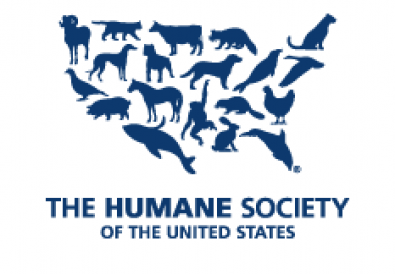 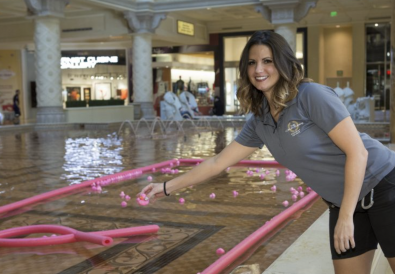 Still Time to Adopt a PINK Duck at The Forum Shops in Vegas in Support of SUSAN G. KOMEN 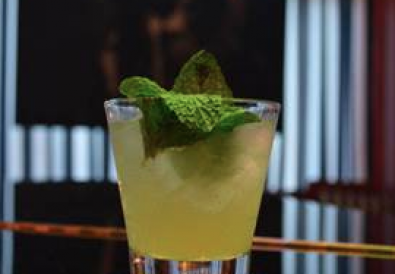 Get Tipsy with the ‘Shamrocker’ at Riviera 31 at the Sofitel