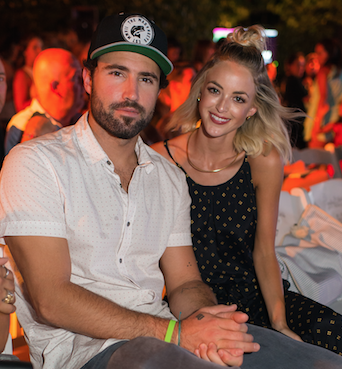 Miami – Over the weekend, Brody Jenner and girlfriend Kaitlynn Carter attended the packed presentation for Frankies Bikinis at W South Beach. The new “Sex with Brody” television host and his entourage grabbed drinks with their entourage at the VIP WET Deck bar before finding their front row seats. Jenner looked in great spirits taking in the show, following his attendance at the ESPY awards earlier in the week where Caitlyn Jenner gave a moving speech. He was dressed casually in a ball cap, jeans and sneakers. His girlfriend Kaitlynn Carter wore a fashionable romper.

The Malibu inspired Frankies Bikinis takes Southern California’s coast style and infuses it with the Hawaiian shoreline in an exotic beach line of swimwear. This is the second time that the 20 year old designer, Francesca Aiello of Frankies bikinis, has shown at Miami Swim Week. The first being last year at Miami Swim Week 2014.

The upbeat show highlighted Francesca’s playful designs as models danced their way down the run way to popular radio hits accompanied by live drummers. Brody and Kaitlynn were cuddled close laughing and smiling throughout the show. Brody particularly got into the drummer beats and showed off his own dance moves from his seat. Earlier in the night Brody was spotted dining at The Dutch with three male friends from his entourage. 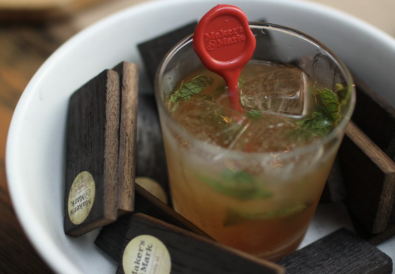 Labor-Less Cocktails Brought to you by MAKER’S MARK BOURBON 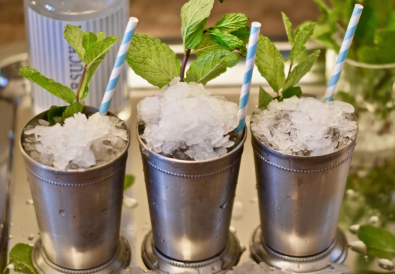