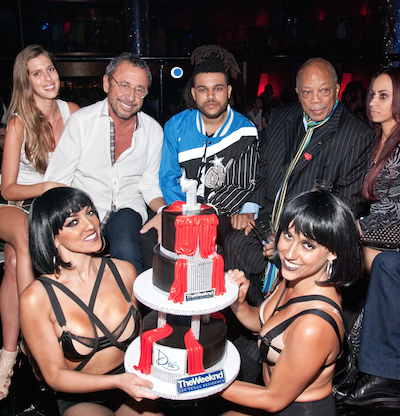 Culminating in an epic, sold-out concert over the weekend, The Weeknd performed yet another Drai’s LIVE concert. An exclusive Las Vegas residency, Drai’s has been working with The Weeknd since the Drai’s LIVE concert series began – so it was only fitting that one of the year’s most in-demand chart-toppers would return to his favorite Las Vegas club for an unbelievable concert overlooking one of the most famous intersections in the world.
Following The Weeknd’s show, Quincy Jones and Drai’s club owner, Victor Drai, gathered in a VIP booth with The Weeknd. They were presented with a stunning One-Year Anniversary cake decked out to emulate the venue’s iconic red drapery and lustrous jeweled detailing. 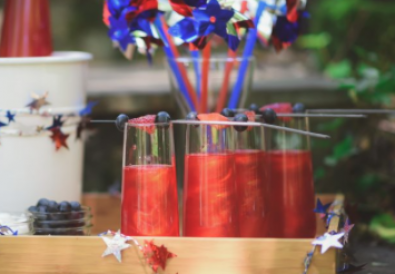 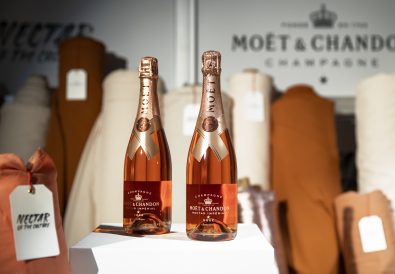 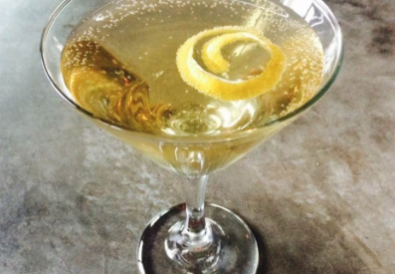 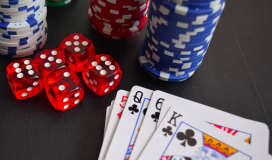 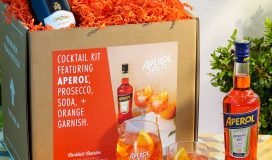