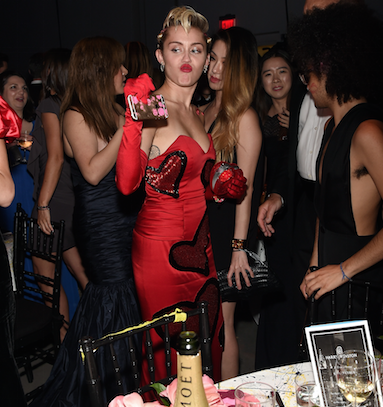 New York – Last night, Moët & Chandon toasted to the 2015 amfAR Inspiration Gala held at Spring Studios to raise funds for life-saving HIV/AIDS research. Among the star-studded guests were honorees Miley Cyrus and Andy Cohen – individuals who have each made inspiring contributions to build awareness about the HIV/AIDS epidemic.

Cyrus, who was accompanied by both her parents and the latest participant in her #InstaPride portrait project Tyler Ford, managed to generate a mood of convivial whimsy married with earnest gravitas throughout the evening. In her periodically tearful award acceptance speech, she shared “I just want to tell my parents that I hope this makes them proud and somehow makes up for all the sh-t that I do…people say that they don’t choose their family, but I’d choose my family every time and I think that even if you weren’t my mom and dad, I hope we’d still be in the room together looking for a cure.” Cohen also took the time to honor those closest to him when he spoke of the late Natasha Richardson, who was the one to introduce him to amfAR’s cause in the first place.

For both honorees, gay and transgender pride were certainly touted from start to finish – host Anderson Cooper kicked off the night by toasting to Cohen being “out and proud” at the ripe age of six, which was accompanied by a massive projection of the star as a child in full curlers. In addition, Cyrus donated three artworks based on Caitlyn Jenner’s Vanity Fair cover to the gala, which were sold for $69,000 during a live auction. ‘The Caitlyn Connection’ included three customized versions of the cover, and each of the three was signed by Jenner herself – reportedly the first autographs she’s signed as Caitlyn.

Celebs Spotted at RIVIERA 31 at the SOFITEL LA 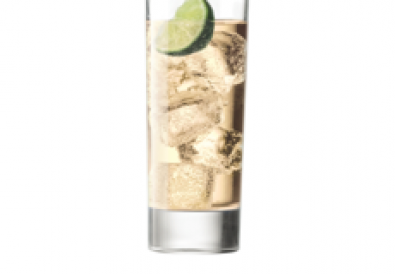