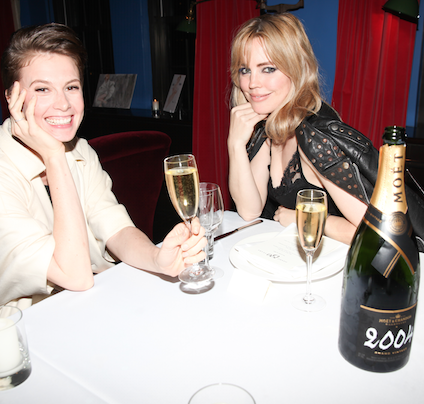 New York – Last week, actress Melissa George and model Elettra Wiedemann gathered friends in the penthouse suite of the Gramercy Park Hotel for a celebration of Swiss lingerie and loungewear house Hanro’s 130th anniversary. Following a celebration at the Hanro boutique in the Meatpacking district, Melissa was first to arrive at the suite, which had been decorated in commissioned paintings depicting iconic moments in Hanro’s long history, including Marilyn Monroe’s infamous subway grate moment (her skivvies were a pair of Hanro originals!) and Nicole Kidman’s visually arresting underwear scene in Eyes Wide Shut. Melissa promptly spread out on a plush couch (perhaps envisioning her own Hanro moment) as Elettra waltzed in to greet friends including Teen Vogue’s Amy Astley and Kelly Rutherford, who was celebrating her birthday.

James Marshall, Elettra’s filmmaker husband, realized while taking in the space that it was the very location of their first passionate kiss years before. Meanwhile, Hanro Managing Director Stephan Hohmann had lured Melissa George into the suite’s master bedroom on the pretense of showing her vintage Hanro pieces dating to 1904, when he surprised her with her own watercolor portrait, inspired by a photo taken of her in St. Tropez while cradling her newborn son, Raphael Blanc. 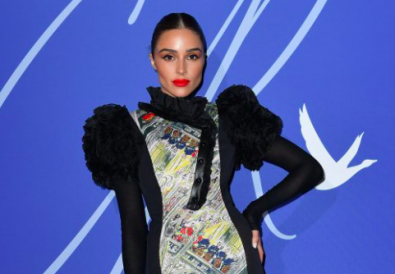