by tips6247
Tipsy Around Town
22 comments 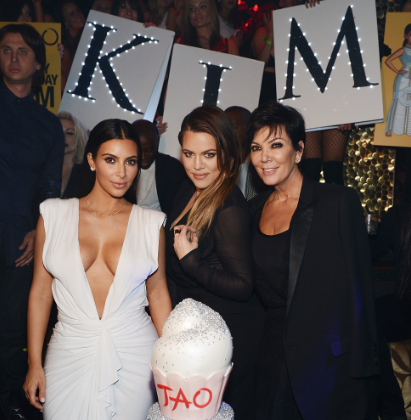 Las Vegas – Kim Kardashian West celebrated her 34th birthday at TAO Las Vegas on Friday along with friends, family and husband Kanye West. The entire group, which included Kris Jenner, Khloe Kardashian, Malika and Khadijah Haqq, Robin Antin, Jonathan Cheban and Simon Huck took in Kanye’s performance at the Life Is Beautiful music festival in downtown Las Vegas before heading to the birthday celebration. Kim arrived on the red carpet looking stunning in a plunging white Alexandre Vauthier dress, paired with Givenchy shoes. While on the red carpet, Kim was surprised by the massive group of fans that had gathered as they sang “Happy Birthday” to her. Khloe interacted with the fans as Kim walked the red carpet and Kanye signed a copy of the couple’s cover of Vogue magazine.

The entire group then made their way upstairs into TAO Nightclub where they were met with the screams of the crowd as well as a shower of confetti and illuminated signs spelling out the birthday girl’s name waiting at their VIP table on the dance floor. Also waiting at their VIP table and dispersed throughout the packed house were paper fans featuring Kim’s face as it is seen in her wildly successful app game “Kim Kardashian: Hollywood.” The celebrations quickly kicked off as Kim was surprised with a special birthday presentation featuring TAO’s mirror man along with a custom four-tier cake from Gimme Some Sugar as her husband’s song “Bound 2” rang out. DJ Eric D-Lux kept the party going, dropping several of Kanye’s hits to which Kim and sister Khloe sang along and danced to.

Also spotted at TAO was LA Dodgers’ Matt Kemp, who came over to Kim’s table at one point to say hello to the family. 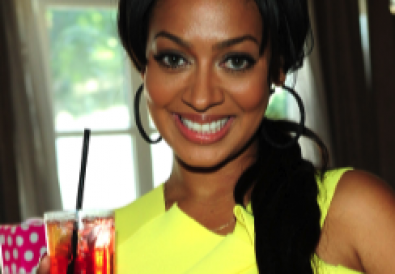 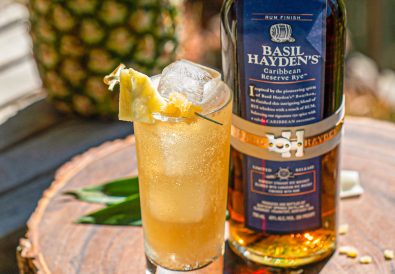