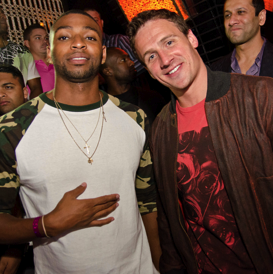 Las Vegas – On Friday afternoon, Olympic swimmer Ryan Lochte was spotted at TAO Beach with a group of friends. Continuing his birthday weekend, Lochte took in the sun from a VIP cabana and sipped on cocktails. Later that evening, the group, including fellow Olympian Cullen Jones, enjoyed dinner at LAVO Italian Restaurant before hitting the nightclub. DJ Jerzy shouted out Lochte’s arrival and the crowd cheered as he stopped to pose for photos with fans and was later surprised with a special presentation featuring a Captain America look-a-like, confetti showers and a special birthday dessert.

Hosting the night at LAVO, Shaquille O’Neal took over a VIP section on the dance floor with a group of friends including former reality star turned fitness coach Nicole “Hoopz” Alexander. Shortly after his arrival, Shaq made his way into the DJ booth not once, but twice and took the party up a notch alongside DJ Jerzy. All to the delight of an excited crowd that erupted into cheers as soon as he hopped on the mic, the famed basketball star kept the party going while rapping along to hip hop anthems. It wasn’t long before Shaq surprised the entire club with an impromptu DJ set, igniting the room and setting off a frenzy of flashes as he quickly proved he truly is a man of many talents.

Comedian and actor David Spade was also at LAVO Friday night. Joined by a small group of friends, Spade enjoyed Chicken and Mushroom Ravioli in the restaurant, later stopping to pose for photos with fans. 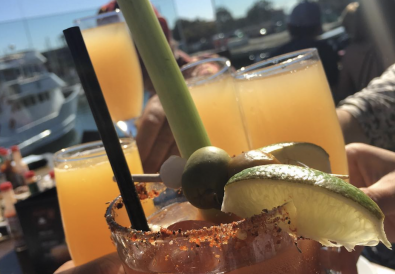