by tips6247
Let's Get Tipsy Tipsy Around Town
42 comments 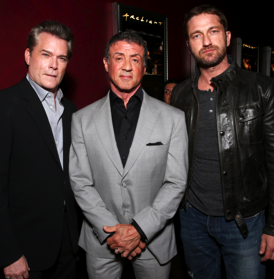 On Monday night, DeLeon Tequila presented the premiere and afterparty of The Iceman at the Arclight Cinemas. Inspired by actual events, The Iceman follows notorious contract killer Richard Kuklinski (Academy Award nominee Michael Shannon) from his early days in the mob until his arrest for the murder of more than 100 men.  Appearing to be living in the American dream as a devoted husband and father; in reality Kuklinski was a ruthless killer-for-hire.

Guests at the DeLeon Tequila afterparty were able to take photos in The Iceman themed photo booth, sip on DeLeon Tequila specialty cocktails, and grab dessert from an ice cream truck parked on the street.

Actor/director Zach Braff and model girlfriend Taylor Bagley arrived hand-in-hand. The long term couple seemed very happy together and was even joking with the mass of photographers on the red carpet. Braff and Bagley were posing together and telling photogs that each photo taken was for a cover of a magazine. When a photographer told Braff he looked handsome, Braff quickly responded and said Taylor made him put on a clean suit! Later at the afterparty, Braff and Bagley nestled into their DeLeon Tequila VIP corner and were cuddling throughout the night. Even while they were leaving the afterparty at 11:30p, Braff and Bagley were joined at the hips. The pair was seen holding hands and laughing while exiting.

Ray Liotta arrived fashionably late as photographers and reporters stayed the extra minute to catch Liotta walk the carpet. Liotta escorted his teenage daughter, Karsen Liotta, down the red carpet and made sure it was all about her. The proud father took the spotlight off of himself and was telling photographers how beautiful his 14-year old daughter is. Inside the premiere, Liotta was introducing his daughter to all of his Hollywood friends such as Sylvester Stallone, Gerard Butler, Michael Shannon, and Winona Ryder.

Winona Ryder was all smiles as she approached the red carpet of The Iceman premiere. Ryder was signing autographs for excited fans as she was thanking everyone for supporting her throughout her acting career.

Gerard Butler snuck in the back of the theater and skipped the red carpet. Butler kept a low profile as he waited patiently in line for popcorn and soda while chatting with moviegoers. 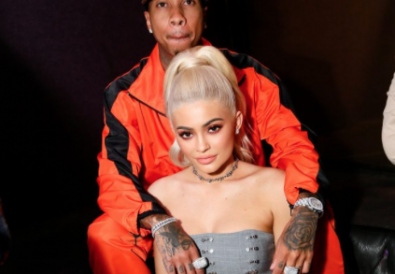 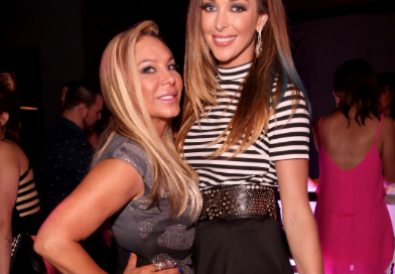