by tips6247
Let's Get Tipsy Tipsy Around Town
153 comments 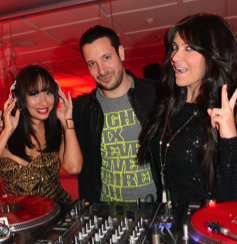 Los Angeles – On Thursday night, Quattro Volte offered an exclusive preview of their new vodka hosted by musician Taio Cruz at the SLS Hotel in Beverly Hills.  Celebrities and industry influencers got the chance to try three branded Quattro Volte cocktails: Quattro & Tonic, Quattrotini, and the Quattro Cosmo while enjoying passed hors d’oeuvres provided by Jose Andres from Bazaar and listening to DJ Cobra on the turntables.

Dancing with the Stars alum Derek Hough brought some friends to the Quattro Volte Vodka Preview. Hough and friends were hanging out at the bar and dancing to music by DJ Cobra. Hough was overheard telling a Quattro Volte guest how excited he is for the Grammy weekend to begin and how his schedule is jam-packed with parties!

It must have been ‘boy’s night’ for Mario Lopez as arrived with a friend and without his new wife, Courtney.  Lopez mingled with guests and chatted for a particularly long time to Dancing with the Stars alum, Cheryl Burke.  Lopez and Burke both seemed to be having a great time but it was Burke who started the party by getting behind the DJ booth and taking over the turntables!

Musician and host of the Quattro Volte Vodka Preview, Taio Cruz was in good spirits as he sipped specialty cocktails and mingled with guests. Taio seemed to be a real ladies man at the event as he was seen taking photos and getting cozy with multiple female partygoers. 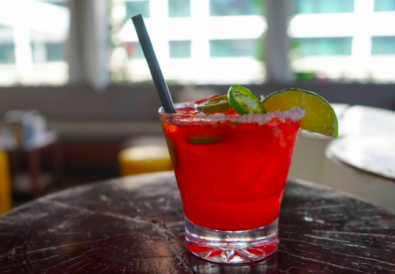 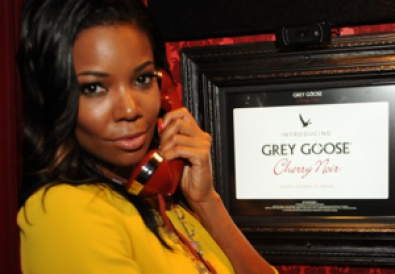