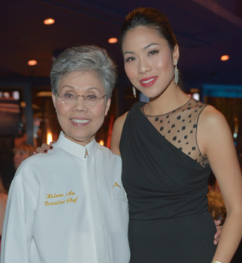 Los Angeles – Celebrity chef, restaurant owner, and caterer to the stars, Helene An, lived up to her name this past weekend at the Golden Globes when her company, An Catering by Crustacean, tempted talented taste buds with its French-Asian fusion cuisine at the Weinstein Company’s VIP party. Quentin Tarantino, Jamie Foxx, Leonardo DiCaprio, and Jon Voigt were just several of the scores of actors, producers, and industry individuals in attendance that enjoyed An Catering’s exotic dishes. Guests dined on Crustacean’s famous garlic noodles, gluten free wasabi rice cakes, and “Dragon Breath” cookies, named after Mr. Harvey Weinstein himself (who was born in the year of the dragon), which are dipped in liquid nitrogen and allows eaters to playfully “breathe fire” after taking their first bite.

The sought after garlic noodles came from An Catering’s “Secret Kitchen,” while guests perusing the buffet line could choose from a number of delicious entrees, including braised port wine short ribs, Dover sole in a ginger miso sauce, roasted beet salad with goat cheese panna cotta and stuffed chicken with shitake mushrooms, leeks and carrots.

The party was held adjacent to, but not on Beverly Hilton grounds, in a tent in the Trader Vic’s parking lot.  This allowed Weinstein, a close friend of the An family, to utilize one of his favorite restaurants for the catering while ensuring that he and his guests could enjoy An’s delicious foods.

Weinstein may want consider soliciting An Catering again next year, if not just for their food, but their luck as well; his company took home three Golden Globe awards including Best Screenplay for Quentin Tarantino’s Django Unchained while Christoph Waltz’s took home Best Supporting Actor for the same film. Jennifer Lawrence of Weinstein’s “Silver Linings Playbook” won Best Actress in a motion picture musical or comedy. 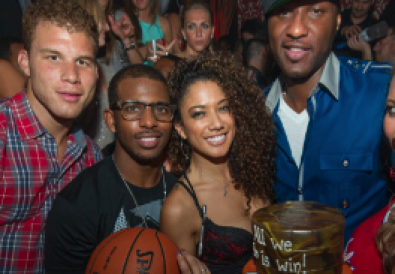 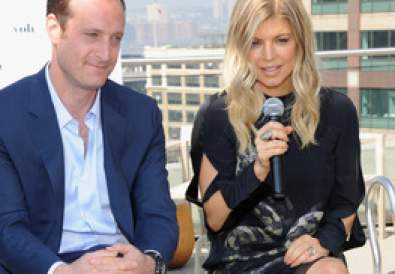 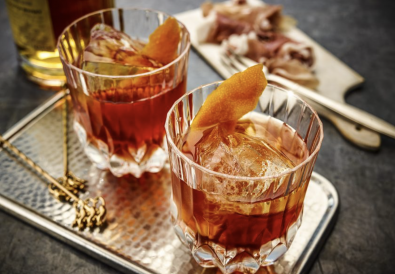