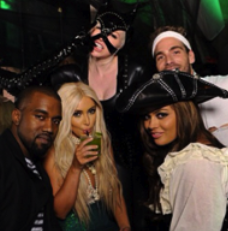 New York – On Saturday night, Kim Kardashian hosted the 2nd Annual Midori Green Halloween at Avenue in NYC. Dressed as a sexy mermaid and accompanied by her captain Kanye, the two were joined by La La Anthony, Simon Huck, Carla DiBello, Joyce Bonelli, and Michael Silva as they danced to beats by DJ Kiss and sipped on signature Midori cocktails – including the Midori Mermaid Bowl, a fishbowl inspired by Kim’s costume.

@KimKardashian Too much Midori http://instagr.am/p/RT4OifOS-3/

When Kim’s bodyguard failed to get to her through the sea of people at Avenue, Kanye stepped in and picked up the tail of her costume to ensure she didn’t trip.

Even though the group was lively throughout the evening (posing for pictures, dancing, ordering multiple bottles of Midori), Kanye stole a couple sweet moments with Kim. They kissed a few times and he was rubbing her back, at one point she whispered something in his ear and his face lit up.

Kanye kept bragging to friends how beautiful Kim looked and that he loved her being blonde.

Kim and bestie, La La Anthony, (sans Carmelo) were grinding at their table.

Kim uploaded a bunch of pics onto her instagram of her and her crew from the event, noting they had “too much Midori.” 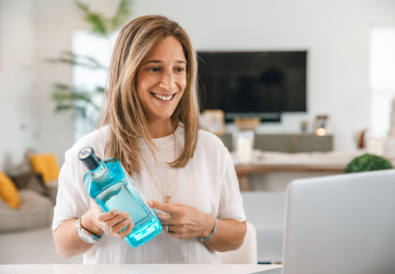 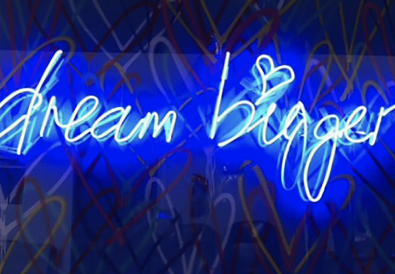 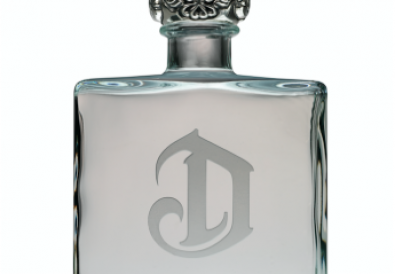 Celebrate the 4th of July with DELEÓN TEQUILA Cocktails